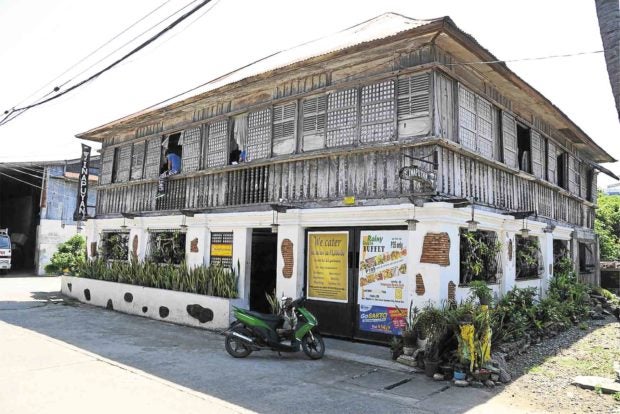 The heritage houses of Candon in Ilocos Sur province provide a glimpse to the city’s glorious past. CONTRIBUTED PHOTO

CANDON CITY—This city in Ilocos Sur province is restoring 20 heritage houses that reveal much of its history, beginning this year with the home of Don Miguel Victor Cariño that was built in 1591.

Some of these houses are occupied by descendants of Candon’s oldest families. According to a documentation report commissioned by Ilocos Sur Rep. Eric Singson, these are the only remaining heritage houses after many Spanish homes were destroyed during World War II.

Singson had asked Tropiks Design Studio to draw up architectural perspectives of these houses, complete with site development plans, which are so detailed they include plans per floor and details of windows and doors.

A Metro Manila-based group of young architects and artists, the studio advocates for the preservation of tropical Filipino houses and structures, including the restoration of Manila Cathedral.

The plans will serve as document guides once the government or the homeowners themselves embark on fully restoring these houses to their former glory.

The studio is also compiling all accounts about these houses to provide restorers a clear historical perspective as to how and why these houses remain relevant, Singson said.

According to Miguel Marcelino Cariño, caretaker of the Cariño mansion, the house was built in 1591 as an “official residence.” It has only two rooms—a master’s bedroom and the children’s room on the second floor.

The Cariño house also has a spacious sala, a “comedor” (dining room) and a stock room.

Another structure to be restored is the “revolutionary house” owned by Don Francisco Guirnalda. He was the brother of Don Fernando Guirnalda, who was the elected president of the short-lived Republic of Candon in 1898.

The “Ikkis ti Candon” (Cry of Candon) took place in March 1898 when a band of Ilocanos fought Spanish soldiers before they declared their community an independent state.

It happened months before Gen. Emilio Aguinaldo and other revolutionaries proclaimed Philippine independence on June 12, 1898.

Most of the Candon heritage houses were built in the 1800s. Some of the original two-story buildings have been used for family businesses.

For example, the ground floor of the 19th century Ronguillo-Dario house at Barangay San Jose had been converted into a restaurant serving local dishes. The family’s patriarch, Don Leonardo Dario, served as municipal president of Candon from 1906 to 1908. —CONTRIBUTED