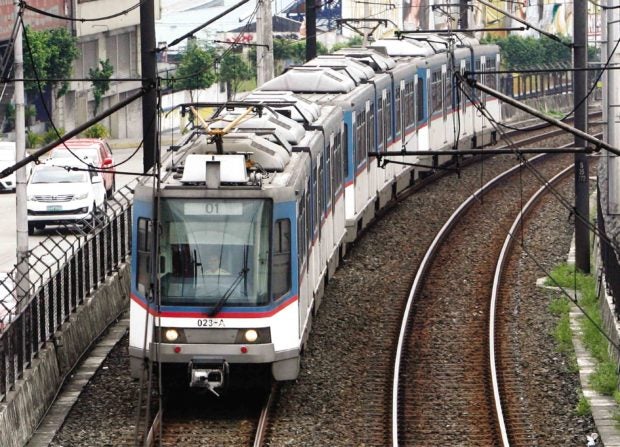 While the Metro Rail Transit 3 (MRT 3) management lauded how the past week went by without its trains experiencing any unloading incident, the public isn’t too happy just yet with this development as the reliability of the country’s main train line leaves much to be desired.

According to Renato Reyes, secretary general of the militant group Bayan, though the absence of unloading incidents at the MRT 3 provided passengers some form of respite, there remains the “greater challenge” of ensuring that the line comes out with more functional trains to serve the public.

READ: No MRT-3 glitch reported in past 7 days, official says

Since the Department of Transportation (DOTr) took over the maintenance of the MRT 3 in November last year, the number of operational trains has significantly dropped from 20 to just between seven to nine trains.

Within those three months, it was only on Monday that there had been a weeklong absence of unloading incidents, an “all-time high” according to the MRT 3 management.

“What a way to end February! Thank you, spare parts!” the MRT 3 management said in a brief statement.

Sought for comment, Transportation Secretary Arthur Tugade said that they may have just been “lucky” over the past week.

“The spare parts we need are already there. We are able to address [issues] immediately. There are no commuters who force open our doors. Hopefully, this would continue,” he said at the sidelines of the Transportation Summit held at Mapua University on Thursday.

Netizens though aren’t too pleased, as they pointed out that having no glitches or service interruptions should be normal and “not to be bragged.” Others questioned as well if this should even be considered an “achievement.”

Reyes stressed that given the current condition of the country’s busiest train line, “it’s too early to be celebrating anything.”

“A long-term plan for maintenance needs to be put in place. Our position is that the government should undertake the maintenance work, improve the situation of the train system and orient it toward genuine service not profits. Why do we need to privatize it if they supposedly can do it?” Reyes told the Inquirer.

The DOTr earlier said that Japanese railway engineers and experts from the Japan International Cooperation Agency (Jica) were conducting a system audit of the MRT 3. The audit will help the Jica-nominated maintenance provider once it proceeds with the rehabilitation and restoration works of the train system in May.

In February, the MRT 3 encountered nine unloading incidents and two service interruptions. For the entire month, it was able to serve an average of only 236,266 passengers daily, almost half of last year’s average of 463,000 riders.

On March 10, audit firm TUV Rheinland is expected to come out with its report on the 48 Dalian trains. Should the audit show that the P3.8-billion trains purchased by the Aquino administration are safe to be used by the public following minor adjustments, the MRT management said that this would be rolled out to help improve the system’s reliability.

Early this week though, a number of passengers were sent out of a southbound train before it left the North Avenue station.

The MRT 3 management said that this was not an unloading incident, but rather classified as a “train removal or non-insertion” since their engineers pulled out the train prior to its operation. /jpv