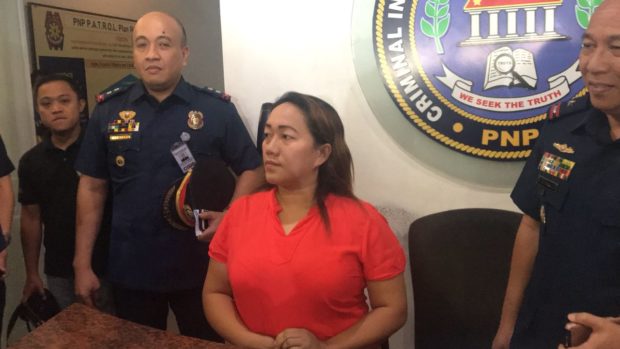 A distant relative and alleged recruiter of slain overseas Filipino worker (OFW) Joanna Demafelis denied accountability on the domestic helper’s death as she faced the media at Camp Crame in Quezon City on Thursday.

Agnes Tuballes decried insinuations linking her to the unfortunate killing of Demafelis, who was recently found stuffed inside a freezer in Kuwait.

Tuballes has sought the help of the Philippine National Police-Criminal Investigation and Detection Group (PNP-CIDG) in a bid to clear her name and protect her family. She asserted that is not an illegal recruiter.

(I surfaced to clear the issue, the irresponsible news imputing that I am an illegal recruiter. It appeared that I was tagged as a suspect. You should have taken my side first before you showed my face on TV.)

Tuballes said she was bullied on social media following the airing of the report and caused great damage to her reputation.

(Now you have destroyed me, my job has already been affected, who would feed my two children? Tell me who?)

Tuballes said she had only tried to help Demafelis, who asked to find work abroad sometime between December 2013 and January 2014.

She then referred Demafelis to Our Lady of Mt. Carmel Global E-Human Resources Inc., an agency where she was paid with commissions for every deployed OFW.

(I referred her to the Our Lady of Mt. Carmel, I told her to apply there because it offers free passport, no placement fee, no salary deduction. That was what we had agreed upon and she was able to go abroad for free and legal.)

Tuballes said the recruitment agency had paid her a commission of P13,000 for the deployment of Demafelis to Kuwait, higher than the usual P5,000-commission.

She explained that she was in coordination with a certain Ara Midtimbang, a Filipina based in Kuwait, who had asked Tuballes to find an agency that could process the papers of OFWs.