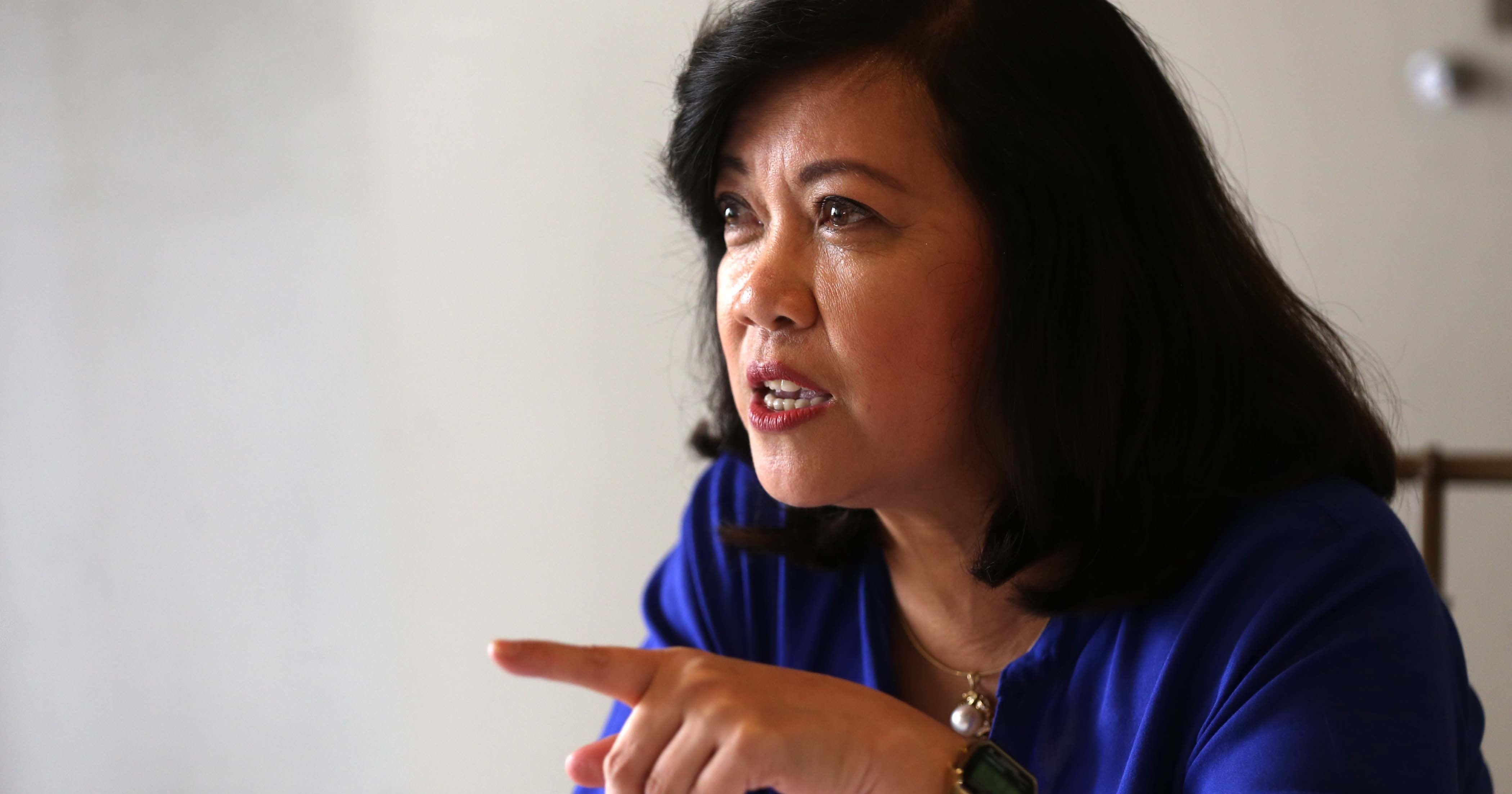 IT AIN’T OVER Chief Justice Maria Lourdes Sereno maintains she did not commit any impeachable offense and has no plans to resign, her spokesperson says. —LYN RILLON

Chief Justice Maria Lourdes Sereno on Wednesday assured that the “ship of state of the judiciary remains on course” even as she has taken an indefinite leave to prepare her defense in the impeachment trial once it reaches the Senate.

“I want to give you the assurance that while I will be taking a leave of absence, the ship of state of the judiciary remains on course,” Sereno said in her keynote address at the 25th national convention of the Regional Trial Court Clerks of Court Association of the Philippines (RCAP) held at the historic Manila Hotel. This was Sereno’s first appearance after she filed an indefinite leave of absence

“I need to prepare to fight the accusations against me fairly and squarely, with honor, dignity and grace,” Sereno said.

The country’s top magistrate assured court workers that the judiciary will continue to fulfill its mission of upholding the rule of law and delivering justice to every Filipino despite her leave of absence.

“It makes me proud to fight for you,” she said.

On Tuesday, Sereno informed Deputy Clerk of Court Atty. Anna-Li Papa Gombio that she is taking an indefinite leave of absence from the high court starting March 1.

READ: Sereno goes on leave, gets ready for impeachment trial

Sereno, in her letter to Gombio, cited as reason the “demands of the Senate where I intend to fully set out my defenses to the baseless charges.”

The top magistrate urged court workers to focus on their jobs while she prepares for her battle in the Senate.

In a press conference in Quezon City, Sereno’s spokespersons Attys. Jojo Lacanilao and Josa Deinla maintained that Sereno will not resign.

“We want to emphasize that Chief Justice Sereno has no intention to resign at all from her post as chief justice,” Lacanilao said, insisting that Sereno had not done anything wrong or illegal to warrant her removal from office.

Despite her anticipated impeachment by the House of Representatives, Lacanilao said the Chief Justice still had full faith in the impeachment process, which culminates in a decision by the Senate, sitting as an impeachment court, to either acquit or convict her.

“There is no body or institution outside of the Senate that can force the Chief Justice to resign. Nobody can decide that other than the Senate,” Lacanilao pointed out.

The 1987 Constitution explicitly states that an impeachable official can only be removed from office by impeachment, the sole power to impeach an official belongs to the House of Representatives, and the sole court for impeachment trials is the Senate, Lacanilao said.

In the event the Senate decides to convict her, Lacanilao assured that it won’t take a day for Sereno to step down.

“But before that happens, even now that she is on wellness/indefinite leave, she remains the Chief Justice of the Philippines. So, let’s all be clear about that,” Lacanilao said. /je