BIR: Chief Justice liable for P2M in back taxes 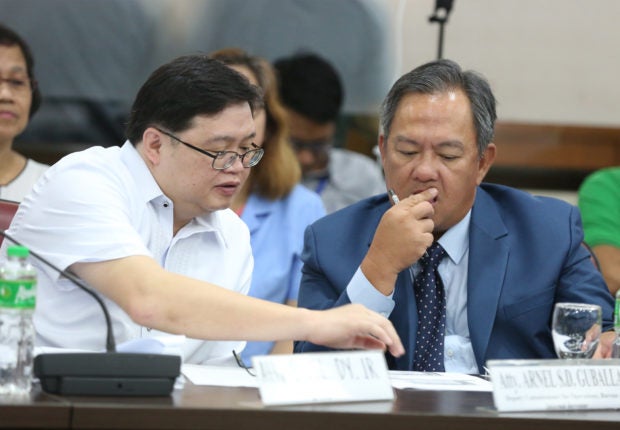 The Bureau of Internal Revenue (BIR) has disclosed that Chief Justice Maria Lourdes Sereno could be liable for at least P2.014 million in back taxes from 2004 to 2009, as the House of Representatives’ justice committee’s inquiry into the impeachment complaint wound down on Tuesday.

“The amount is P2,014,233.20 basic tax. If we put the deficiency surcharge and interest, it would go up even more,” Guballa said of Sereno’s basic deficiency taxes, arising from underdeclarations of her earnings.

The BIR official said these discrepancies had not been seen before because “she was not investigated before … the committee on justice instructed us to [do so].”

Guballa said he saw at least “six violations” on Sereno’s part, based on the discrepancies between the earnings she declared in her value-added tax (VAT) returns and records of the Office of the Solicitor General (OSG) of the fees she was paid.

“If we use the law itself on how to compute the VAT quarterly, that’s where she incurs violations,” Guballa said.

Sereno’s income tax returns (ITRs) for 2007, 2008 and 2009 also showed discrepancies, but these were not as substantial as those in the VAT returns and would not reach the 30-percent threshold for fraud.

Since this figure accounts only for her Piatco case attorney’s fees, Sereno’s possible tax liabilities could increase once the BIR receives records from her other sources of income.

Guballa said Sereno’s income sources, such as the University of the Philippines, where she was a professor of law, had yet to submit the requested records. The BIR’s tax audit investigation would thus continue.

Still, he said Sereno could potentially be liable for violations of Sections 254 and 255 of the National Internal Revenue Code, pertaining to tax evasion and failure to pay the correct taxes, respectively.