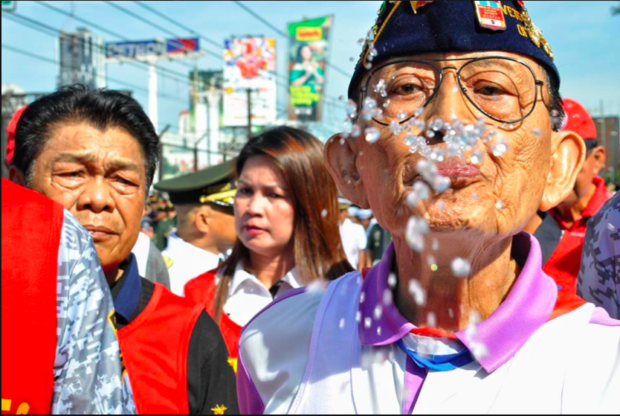 It is uncertain whether former Philippine President Fidel V. Ramos was being playful or not when he spat at a group of photographers yesterday, Feb. 25, during the celebration of the 32nd EDSA People Power Revolution. The photo was captured by photographer Melvin Anore, and has since made the rounds on social media.

It was noted in an INQUIRER report this morning that Ramos was the only key figure in the 32nd anniversary of the Edsa People Power Revolution at the People Power Monument in Quezon City yesterday. This celebration was the government-sponsored commemoration; Ramos served as the event’s guest of honor, while other top government officials such as former president President Benigno “Noynoy” Aquino III and President Rodrigo Duterte themselves skipped it.

“They should all be here on this day than elsewhere because this is the most important day,” Ramos was found telling reporters after yesterday’s event.

It is known that Ramos was the Philippine Constabulary Chief under the Armed Forces of the Philippines during President Ferdinand Marcos’ time as president; he served as such until 1972 when Marcos declared Martial Law in the Philippines and suspended the privilege of the writ of habeas corpus.

Human rights abuses were committed during Martial Law, with over 75,000 people claiming to be victims of alleged abuses and torture under the Marcos regime, while over 3,000 were victims of salvage.

In the 1986 EDSA People Power Revolution, however, Ramos turned and broke away from the Marcos administration to pledge his loyalty to President Corazon Aquino, eventually serving as a cabinet member during her administration. 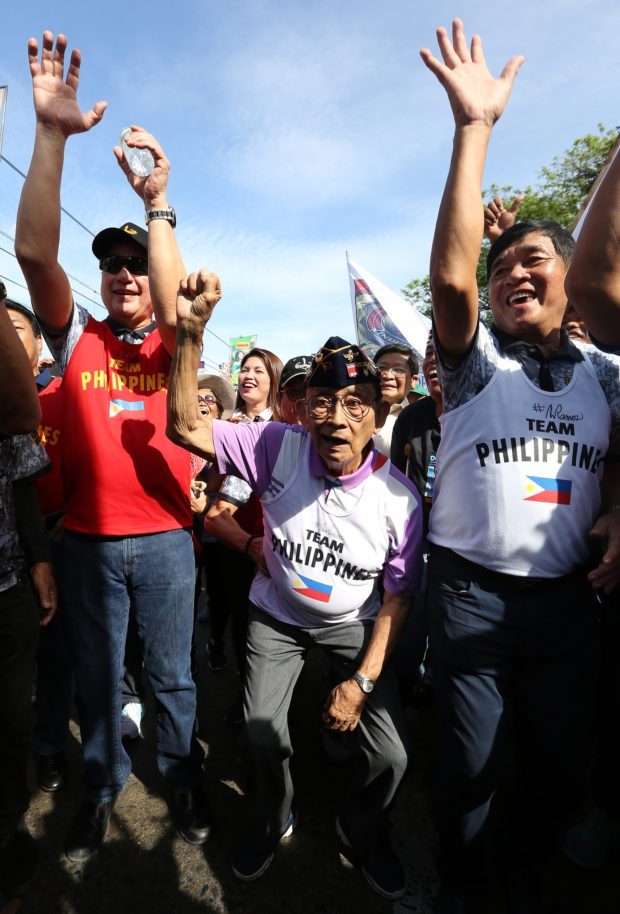 Still, Ramos’ spitting gesture did not sit well with many netizens, who commented in disdain why he had to do such a thing in the first place.

“Why would he do that?” asked one commenter John Carlo. “For me, he just stained and smudged some filth and impunity on his own name not only in front of the lenses of the camera but in front of the whole nation.”

Another commenter named Jac Matlock said, “He is just showing the real him. Tsk good thing you’re a former not our current president kc kinahihiya ka ng taong bayan (because people are ashamed of you)!”

Jepoy Hilario, on the other hand, asked the photographer if Ramos really spat at them or if they were from a distance.

“Nandura ba talaga sya sa mga reporte or malayo naman ang mga reporte nung ginawa nya ito?” (Did he really spit on reporters or are the reporters actually far when he did this?)

The reason behind Ramos’ spitting at the photographers is still unknown. JB