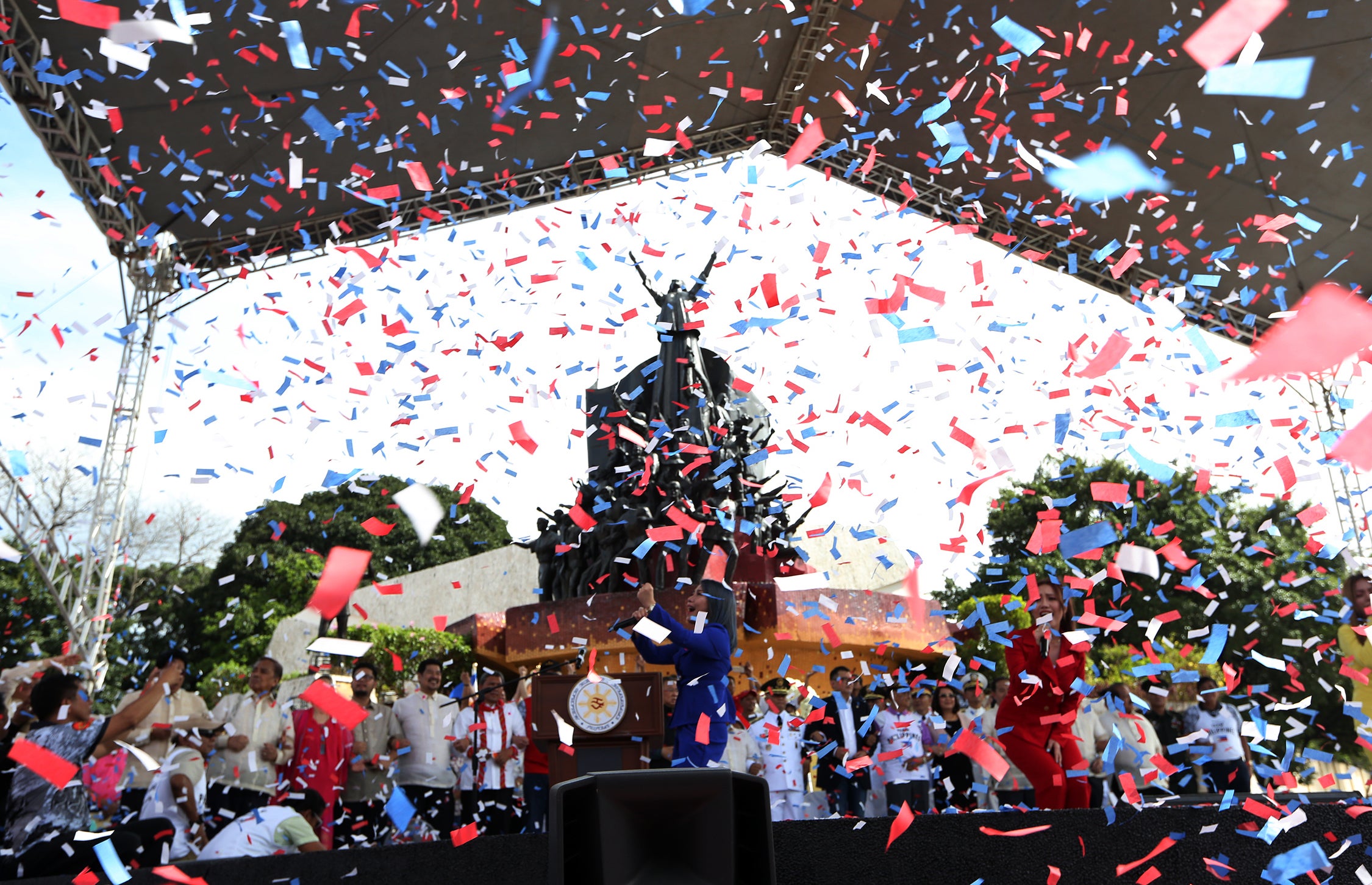 Confetti falls down during the 32nd anniversary celebration of the EDSA People Power Revolt on Sunday, February 25, 2018 at the People Power monument in Quezon City. This year’s commemoration has the theme “EDSA 2018: Effecting Change Towards Strengthened Democracy.” INQUIRER PHOTO / NINO JESUS ORBETA

MANILA — Red, blue, and white confetti rained at the People Power Monument on Sunday, following what appeared to be the Duterte administration’s token celebration of the 32nd anniversary of the Edsa People Power Revolution that restored the country’s democracy in 1986.

There were a few attendees who wore yellow, like the children of the late Senator Agapito “Butz” Aquino, an Edsa stalwart. Some also flashed the trademark anti-dictatorship Laban sign in a sea of clenched fists while the protest song “Bayan Ko” was sung.

“I didn’t notice if he was on the guest list… I have to check if President Aquino was invited,” Escalante said.

Aquino is the only son of democracy icons Ninoy and Cory Aquino. It was the 1983 assassination of Ninoy Aquino, the leader of the opposition against the dictator Ferdinand Marcos, that precipitated the bloodless revolution that finally ousted Marcos. The four-day revolution was led by Cory Aquino and Manila Archbishop Jaime Cardinal Sin.

Escalante said “incumbent government officials” were invited to the Edsa anniversary, including President Duterte, but the Chief Executive opted to commemorate the revolution in Davao City.

When asked about the absence of yellow— the symbol of the Edsa Revolution and democracy in the country— Escalante said: “If you recall, in Edsa, it was about unity. We avoided color coding and used the colors of the flag.”

Asked how the memory of Edsa could be preserved in this day and age of fake news and disinformation, Escalante urged the people to be vigilant about what they hear or read.

“Edsa has a lot of documentation. This is to avoid a high partisan account of Edsa and [to allow us] to see its real spirit which is unity,” Escalante said.