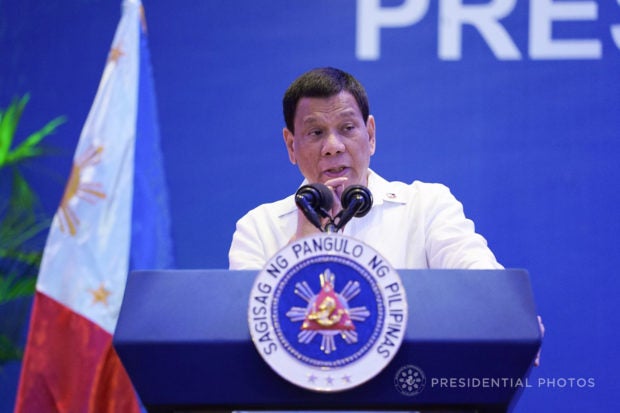 Roque said Duterte will be in his hometown city of Davao on Sunday during the 32nd commemoration of the Edsa revolt that toppled the Marcos dictatorship in 1986.

“In Davao,” Roque replied in a text message when asked where the President will be on February 25.

Malacañang has yet to release the schedule of Duterte on Sunday.

In 2017, Duterte also skipped the Edsa anniversary rites at Camp Aguinaldo in Quezon City as he opted to attend the relaunch of the Comprehensive Agreement on the Bangsamoro in Davao City.

The President, who has said that former president Ferdinand Marcos was the “best president ever,” has allowed his burial at the Libingan ng mga Bayani in September 2017.

Duterte drew flak for this controversial decision but the chief executive maintained that Marcos was a former president and a soldier, which satisfy the requirement of the Constitution. /jpv