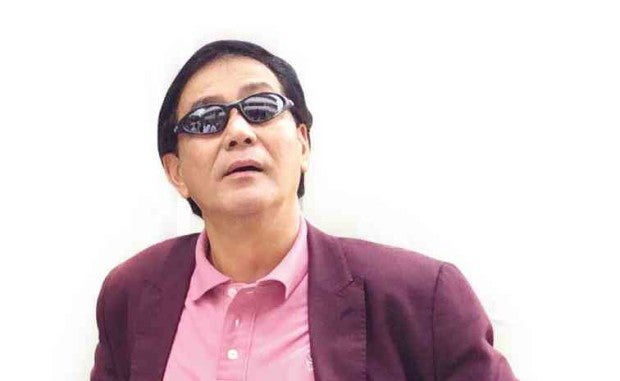 Who put it up?

The Cebu City police have conducted an investigation to identify the persons behind the tarpaulin that presented former Cebu City mayor Michael Rama as the next target of an assassination plot.

Senior Supt. Joel Doria, director of the Cebu City Police Office, instructed the chief of the Pardo Police Station, to lead the probe since the mysterious tarpaulin was placed on a skywalk which is located under its jurisdiction.

Supt. Ryan Devaras, chief of Cebu City Investigation and Detective Management Branch, said part of the investigation is to determine the motive behind the propaganda.

“It could be politics or was really meant to scare him (Rama),” he said in an interview on Friday.

In the tarpaulin, the faces of Espinosa and Ungab – both of whom were killed in separate occasions – were marked with X.

Rama’s face, on one hand, was encircled with a spray-painted text that read: “ “Ikaw ang sunod (You are next).”

The tarpaulin was taken down by Rama’s men immediately after he learned about it on Friday morning.

Rama, in an interview, said he was a bit worried but vowed not to be slowed down by any threats.

“Of course, it is a concern. (But) if I live with it, and be worried about it, I might as well perish and leave this world. I just have to look at it, deal with it, live, and go on,” he said.

Asked if he intends to hire security personnel or ask for police escorts, Rama did not give a definite answer.

“Kon panahon na nimo, panahon na gyud nimo. (If it’s your time to die, then that’s it),” he said.

Rama said there’s only one person who wanted to get rid of him, but he begged off from identifying who he was alluding to.

“That person, for a long time now, wanted to destroy me. The more he wanted to do it now that I announced my intent to seek a government position in 2019,” he said.

In a press conference on Friday morning, Rama made public his decision to run as mayor of Cebu City in 2019 although he didn’t discount the possibility of seeking other positions such as vice mayor or congressman.

He said it will depend on consensus of his partymates in his local political party, Barug Team Rama.

Rama was among those publicly identified by President Rodrigo Duterte as among the alleged illegal drug protectors in the country—an allegation he vehemently denied.

He tried various ways to personally talk to President Duterte but to no avail.

Supt. Devaras advised Rama not to take the threats to his life lightly.

“I advise him to be careful and to enhance his security. We, the police, do hope that these are just threats because we don’t want to see anyone get killed. It’s not a good sign, especially that Cebu City is known as a peace-loving locality,” he said.

Devaras said investigators are trying to secure footage of closed-circuit television cameras at the place where the tarpaulin was placed.

“If we will be able to identify who posted the tarpaulin and the persons behind it. Let’s see what case we can file against them,” he said.

Mayor Espinosa, to whom Rama swore as member of UNA political party, was killed inside by agents of the Criminal Investigation and Detection Group (CIDG) in what they said was a shootout inside the Leyte Sub-Provincial Jail in November 2016.

The National Bureau of Investigation, who conducted a probe on the incident, later concluded that Espinosa was killed in a rubout orchestrated by the CIDG-Eastern Visayas led by Supt. Marvin Marcos who is now facing trial in court.

With this, the NBI, through its Eastern Visayas regional director, Jerry Abiera, recommended the filing of multiple murder charges against Marcos and 23 others from the CIDG and Maritime Unit Operatives.

Ungab, on the other hand, was gunned down by a still unknown assailant shortly after he left the Cebu City Hall of Justice last Monday.