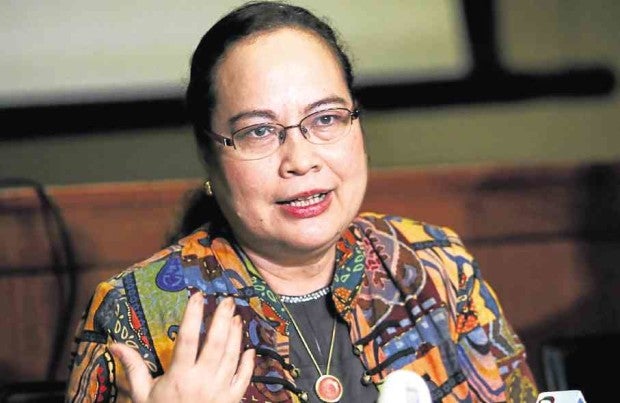 Former Health Secretary Paulyn Rosell-Ubial is “equally liable” for “sacrificing the lives of children” when she expanded the P3-billion anti-dengue vaccination drive during her term, Senator Sherwin Gatchalian said on Thursday.

Gatchalian, a member of the powerful Senate blue ribbon committee, criticized Ubial for apparently “submitting to political pressure,” which in turn, “sacrificed the lives” of more than 800,000 children who were vaccinated with Dengvaxia.

“She (Ubial) expanded the program to the regions, if I’m not mistaken Region VII and in my opinion she’s also liable to that and I don’t think submitting to political pressure is enough reason dahil buhay ‘to ng mga bata eh [because these are the lives of children],” the senator said at a forum.

At a previous Senate hearing into the botched dengue immunization program, Ubial bared that she was “pressured” to continue and expand the program during a budget hearing at the House of Representatives.

“I am positive that my confirmation was prejudiced by this issue that I strongly and openly opposed at the start, and when I was Health secretary I tried to do damage control,” Ubial told the panel.

“But again, during budget hearings I was pressured to expand to other areas and let me note that in the last budget hearing, and this was documented in the minutes, one of the representatives that asked me to buy more dengue vaccine and put it in the 2018 budget is no other than [Rep.] Oscar Richard Garin Jr. your honor, thank you sir,” she added.

Iloilo Rep. Garin is the husband of former Health Secretary Janette Garin, whose term saw the implementation of the vaccination drive in 2016.

READ: Ubial on anti-dengue vaccine drive: I wanted to stop it, but was warned

But for Gatchalian, Ubial’s move to expand the controversial program was in effect, an attempt to save her job.

“In effect you succumb to political pressure because you [wanted] to save your job. But the other side of it tinurukan [ang] mga bata ng gamot na di natin alam kung safe o unsafe [the children were vaccinated by the drug that we do not know if it is safe or not],” he said.

Gatchalian also said that aside from Ubial, Garin, as well as former officials of the Food and Drug Administration (FDA) and the Philippine Children’s Medical Center (PCMC) should be held liable for approving and for signing the procurement papers of the program, respectively.

“The former president is not a doctor or a physician. He will rely on the advice of the secretary who is a doctor,” Gatchalian said.

The senator also believes that the procurement process of the program was done “in haste.”

(It was done hastily, in fact there was one record there that we are looking into which the Department of Health requested for money from the Department of Budget and Management but the justification came a day after.) /jpv