De Lima: Lawmakers can’t get enough of me | Inquirer News

De Lima: Lawmakers can’t get enough of me 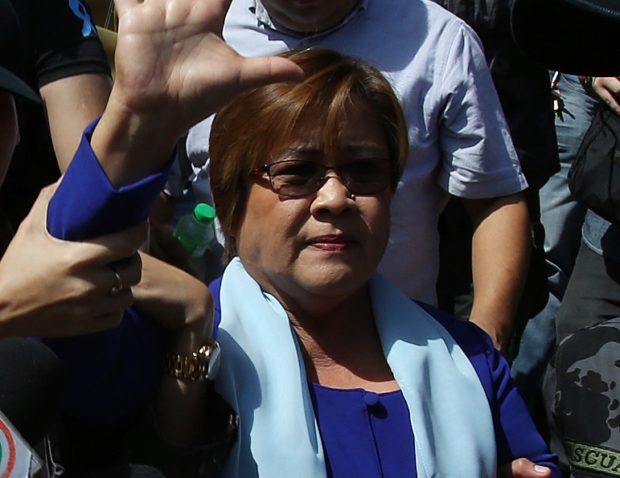 “I am already in prison yet they still want to question the judges handling my cases,” said De Lima in a statement sent from her detention quarters in Camp Crame.

“[It] demonstrates the predisposition of the lawmakers to undermine judges and the judiciary, as a whole, in their effort to bring [Sereno] down and deliver her head as instructed by Malacañang,” she added.

On Monday, Judge Patria Manalastas-de Leon of RTC Branch 206 and Judge Amelia Fabros-Corpuz of Branch 205 were questioned on the supposed phone call they had received from Sereno.

Lawyer Larry Gadon accuses Sereno of obstruction of justice for allegedly asking the judges to defer the arrest order on De Lima in February last year.

The two judges denied the accusations.

Pampanga Rep. Gloria Macapagal-Arroyo had insinuated during the hearing that it was unlikely the judges were not influenced by Sereno, as De Lima’s arrest warrant was not served as swiftly as hers.

But De Lima said that Arroyo was attempting to flee the country to evade the impending cases against her. “She was a flight risk and I am not,” the senator said.