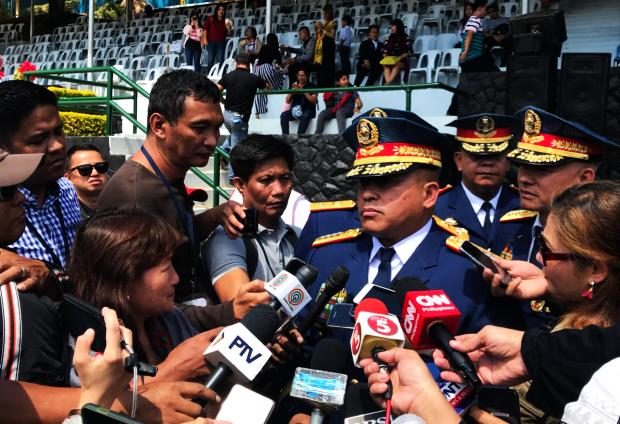 Being police chief “cannot be achieved through personal ambition,” he said on Wednesday, the day after President Rodrigo Duterte announced that he was extending anew the term of the country’s top policeman.

“It is the Lord who sets one’s destiny, not people,” added Dela Rosa, who was originally set to retire on Jan. 21, but was given an extension until April 24.

The President said there was much that needed to be done at the PNP.

‘He enjoys my trust’

“(Dela Rosa) enjoys my trust and confidence. I will extend his term a little bit longer, enough for reforms to [take] hold,” Mr. Duterte said in a speech in Malacañang.

The PNP plays a key role in the administration’s war on drugs, but many of its officers and personnel have been accused of involvement in extrajudicial killings.

Mr. Duterte’s decision to extend his term was most likely intended to sustain the government’s momentum in the war on narcotics, Dela Rosa said.

“We are winning [the war on drugs] … and we need to exploit this momentum so we can achieve what the President wants,” he added.

“I am sad for those [people who are] very eager to replace me because I myself am very eager to exit [the PNP] and relax.  But I cannot say ‘no.’ I have a big debt of gratitude to the President. I have great admiration for him as a leader,” the police chief said.

Dela Rosa said his retirement plans would have to be put on hold. He was earlier tapped by Mr. Duterte to head the Bureau of Corrections.