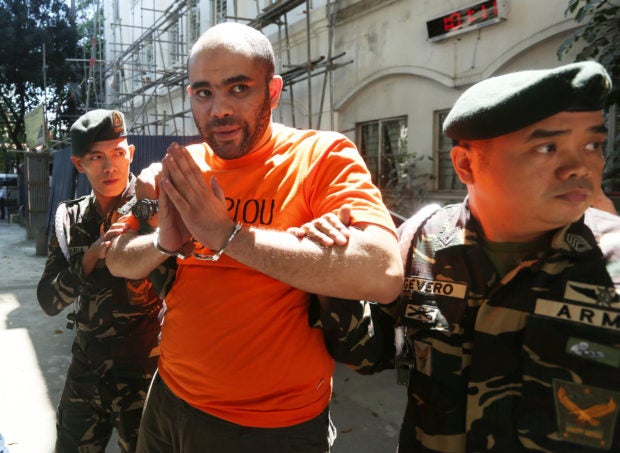 A suspected Islamic State (IS) terrorist and his Filipino companion have been arrested in their apartment in Manila, Philippine National Police Director General Ronald dela Rosa said on Monday.

Dela Rosa said Fehmi Lassqued, who carried a Tunisian passport but was earlier identified as an Egyptian born in Syria, was an IS commander who had been traveling in and out of the country for the past several years.

Authorities, however, were still investigating whether Lassqued had planned any terrorist activities in the country, the PNP chief said.

Lassqued and his female companion, Anabel Moncera Salipada, 32, of Upi, Maguindanao, were arrested at 3 p.m. last Friday at Room 409 of Casa Blanca Apartment on M. Adriatico Street in Malate, Manila.

Military and police counterintelligence agents seized assorted firearms, ammunition and components for improvised explosive device (IED) during a search of their apartment.

Lassqued admitted that he “was Isis before” but denied knowledge of the items seized from their apartment.

Philippine authorities were tipped off on his presence by their foreign counterparts.

Police charged Lassqued and Salipada in the Department of Justice with illegal possession of explosive parts, firearm and ammunition.

Militants aligned to IS laid siege to Marawi City last year. After their defeat, IS loyalists have been recruiting fighters for fresh attacks in a bid to gain a foothold in Mindanao and set up an East Asian caliphate, authorities said. —WITH A REPORT FROM DONA Z. PAZZIBUGAN