MRT 3 conks out on a Monday, not once but twice | Inquirer News
Close
menu
search

newsinfo / Headlines
Headlines
WHAT A WAY TO START THE WEEK

MRT 3 conks out on a Monday, not once but twice 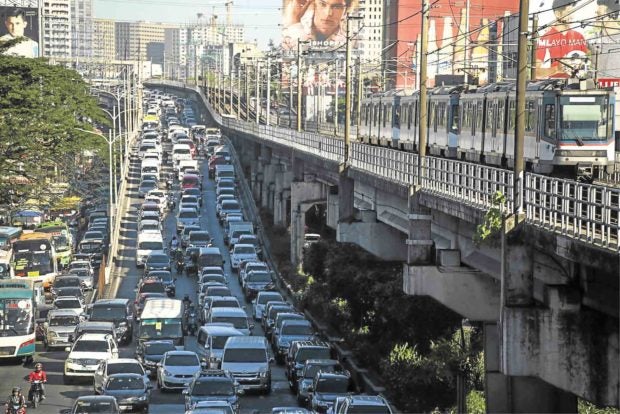 As if the low number of operational trains was not punishment enough, thousands of Metro Rail Transit 3 (MRT 3) riders were forced to look for alternative transport options on Monday as the country’s busiest train system was hit twice by power failure.

Passengers who woke up early for the start of the workweek ended up disappointed as the MRT 3 did not start operations until 6:50 a.m. or almost two hours late.

According to the MRT 3 management, the delay in operations was due to entangled electrical wires that affected the power supply between the North Avenue and GMA-Kamuning stations. An investigation was underway on whether Sunday night’s cable works on the train line might have caused the entanglement.

In the afternoon, the MRT 3 experienced another power supply problem, this time between the North Avenue and Quezon Avenue stations. Riders were limited to just four trains during the implementation of the hourlong provisional service from Shaw to Taft Avenue.

The MRT 3 management said it has yet to determine if the cause of the two power supply problems were related.

Because of Monday’s incident, several train riders took to social media to express their disappointment over the continued decline of MRT 3 operations. Twitter user @jon_eiLa pointed out that she was forced to go on leave as she could no longer bear the daily commute.

“Can this Monday get any worse?” she wrote. “There were so many people earlier trying to get on the buses because there’s no MRT. I [cry].”

Another netizen, @TheShaiType, lamented that because of the current state of the MRT and the country’s mass transportation system, workers who end up late should be given more leeway.

“It’s not the employees’ fault that commuting in the Philippines is really shitty,” she wrote. “You’ll wake up at 4 a.m. and leave [home] at 5 a.m. You’ll arrive at the MRT before 6 a.m. and boom there’s only few trains [running], there’s a power interruption, provisional service, etc. So how can you be at your 8 a.m. shift?”

Last week, the Department of Transportation again vowed that the MRT 3’s service will improve in the coming weeks, following the delivery of the spare parts needed to maintain the trains.