Lorenzana OK with buying Tacticos Thales if budget not an issue 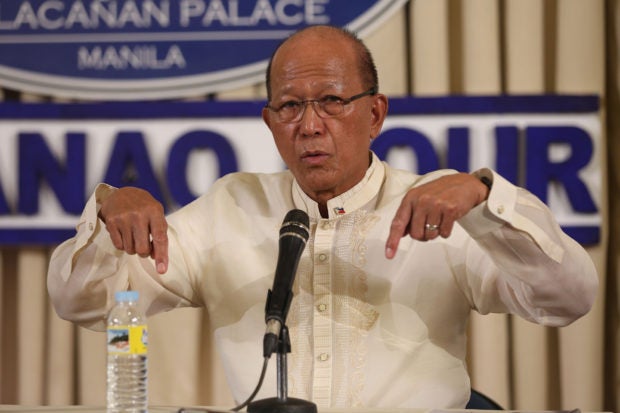 Budget issues aside, Defense Secretary Delfin Lorenzana would also want to purchase the Thales Tacticos for the controversial combat management system (CMS) for the two frigates the government had bought.

[I don’t have an objection to buying it. That’s what they want. But if you don’t pay more, Hyundai won’t attach it. So there’s an expenditure involved.]

[If they’re saying that the difference is big, that Thales is better, why should we buy an inferior kind? If it’s clear that the whole world uses Thales, why don’t we use the best?]

Lorenzana replied: “I agree with that. But magbabayad ba tayo ng malaki?”

[But are we willing to pay more?]

An additional amount of at least $7million, or P350 million, will be needed for each warship if the government would purchase the Tacticos for the CMS.

[What’s clear at this hearing now is that nobody can says that Hanwha is more superior than Thales.]

The Thales Tacticos was the original preference of the Philippine Navy for the CMS of the two frigates.

The previous Navy chief, Vice Adm. Ronald Joseph Mercado, was relieved of his post for allegedly insisting on this brand.

Hanwha Systems, the chosen supplier of Hyundai Heavy Industries, supposedly did not meet the Navy’s specifications in the contract and was not a “proven” technology unlike Tacticos, which is used in as much as 23 countries.

While Thales Tacticos was originally preferred by the Navy, part of the contract states that the supplier – Hyundai Heavy Industries – would decide on what system it would use for the frigate.

[Maybe it’s better. But under the procurement law, whatever is compliant is the one chosen. If the product meets your specificiations, that’s what you get. They were with the Technical Working Group when they made the deal. They agreed that Hyundai would choose the CMS. Now that it will be implemented, they say Hyundai can’t do that. But that’s in the contract.]

[They want Tacticos because many navies use it. If that’s what they want, they should not have pre-qualified Hanwha so that only Tacticos would remain. But why did they do that?]

Tacticos is compatible with Tactical Data Link (TDL) 16, which is needed for the integration of the communication for the frigates. But this technology will be available to Hanwha only in 2019, a year before the scheduled delivery to the Philippines in 2020.