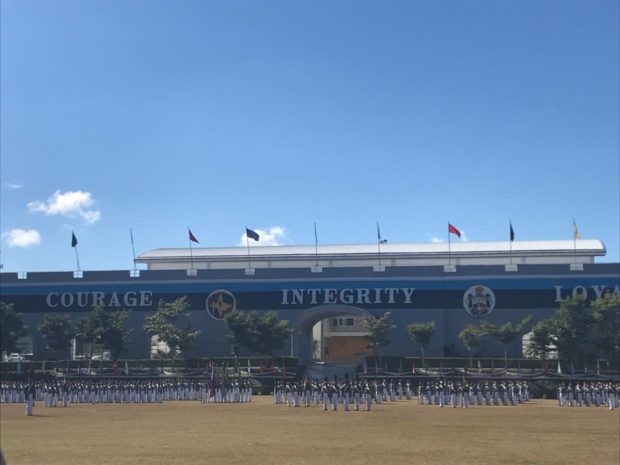 FORT DEL PILAR, Baguio City—Top officials of the Armed Forces of the Philippines (AFP) and the Philippine National Police (PNP) returned to the grounds of the Philippine Military Academy (PMA) on Saturday to recall their lives as former cadets and now “mistahs” of the country’s premier military school as it celebrates its annual alumni gathering.

Former soldiers in President Rodrigo Duterte’s Cabinet, senators, congressmen, and other ranking government officials are set to join the annual gathering, which is expected to draw about 2,000 alumni and their families, according to the PMA information office.

The word “mistah” is widely and universally used by all graduates of the PMA. It generally refers to a classmate or batchmate.

This year’s guest of honor is casino and port magnate Enrique Razon Jr., an adopted member of PMA class 1988.

Former AFP Chief of Staff and former senator Rodolfo Biazon will also be conferred the Lifetime Achievement Award during the homecoming.

Ten PMA alumni will also each receive the Cavalier Award, the highest recognition given to a PMA alumnus or alumna with outstanding achievements in their respective fields.

To receive the Cavalier Award are the following:

Cav. Domingo B. Palisoc, PMA 1984, for Command and Administration

The three-day homecoming celebration started on Thursday and would end on Saturday, snarling traffic in Baguio City.    /muf