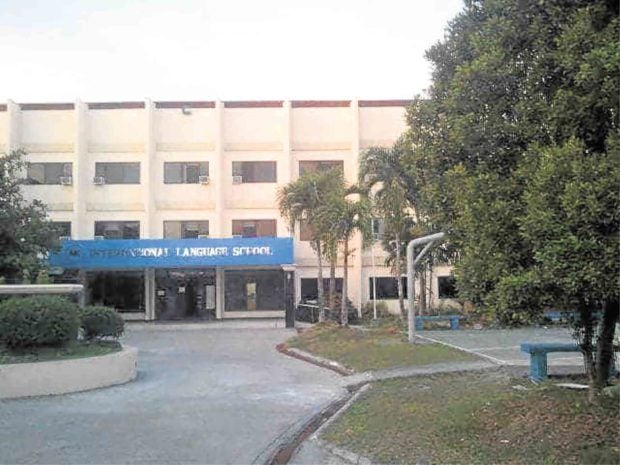 ILOILO CITY—At least six English tutors in a Korean school here were suspended from work after they aired a complaint over alleged unfair labor practices in the school.

The management of the Metro Korea Language Training Center Inc. (MKLTCI) issued the 30-day “preventive suspension” against the tutors on Tuesday, a day after the Inquirer reported on the complaints of employees and after they were also interviewed by television network ABS-CBN.

In a letter issued by Pampross Pagunsan, the school’s legal counsel, and operations manager In Yong-kim, the MKLTCI management accused the tutors of “spreading false accusations against the company.”

They accused the tutors of “feeding misinformation” to reporters such as underpayment of wages and nonpayment of 13th month bonus.

“You are hereby demanded to explain within five days upon receipt of this notice why no administrative sanction or criminal charges may be filed against you,” said the letter.

One of the tutors, who asked not to be identified for fear of further sanctions, said the suspension order was “unfair” as they were merely exercising their right to air their grievances.

“We were only telling the truth,” the tutor told the Inquirer.

The management, in its letter, said the monthlong suspension was “not a penalty” but was a “remedy” to “malicious imputations against the company.”

But the tutor said the suspension order would mean no compensation for a month because they were paid hourly for their work.

Several tutors in October last year submitted a complaint to the Department of Labor and Employment (Dole) in Western Visayas on their situation in the school.

They complained that tutors, who have been working continuously for the school for years, were being considered as contractual employees.

The contracts of five employees was terminated after the complaint was submitted.

The suspended tutor said even before they were meted suspension, several of them were not given new students or assigned only a minimum number of students effectively reducing their salaries.

“The new students are assigned to new tutors,” the tutor said.

The Dole inspected the school at Barangay Dungon C in Mandurriao District, Iloilo City. It also held two meetings with the management and tutors.

An assessment report that followed the meeting said there was underpayment of minimum wage for 15 employees, non-payment of overtime, nonpayment of service incentive leave for 69 employees and nonpayment of holiday work.