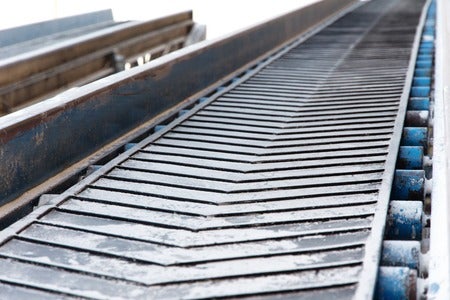 It was a risk she had to take.

Out of fear that her personal belongings or money might be stolen, one woman in China decided to check herself in an x-ray scanner designated for bags only.

The unidentified woman was seen approaching security checkpoint at the Dongguan railway station in China’s Guangdong province, to place her bag at the conveyor belt, as shown in a security footage uploaded on PearVideo last Tuesday.

When she was told that only her bag was needed for checking purposes, she rode on the scanner’s conveyor to keep a close eye on her belongings.

Footage showed the woman kneeling while being scanned by the x-ray, as seen in this screengrabbed image where she appears as a mix of an orange and green figure. 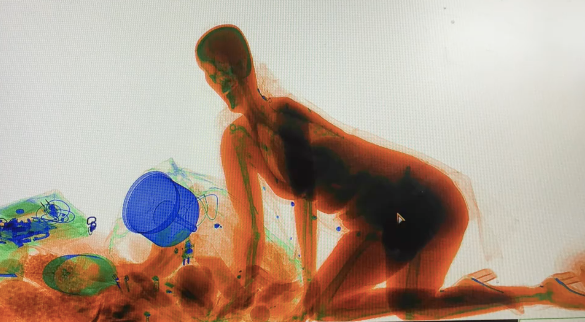 An unidentified woman in China crawls into a conveyor belt in a railway station out of fear that her bag might be stolen. Image: Screengrab from pearvideo.com

The woman got out safely with her bag in her hand and thereafter went on her way. In a report by South China Morning Post, it was stated that passengers typically behave oddly at railway stations in China, especially during the Lunar New Year.

It is also common knowledge that most of the travelers carry earnings to take home to their families for the holidays, hence the common worry too of being the victim of theft; it was widely speculated by netizens in China that this may have prompted the woman to accompany her bag through the x-ray check.

Pear Video via Channel News Asia reported that authorities warned passengers about climbing into x-ray scanners, for these could bring harm due to radiation. Katrina Hallare/JB