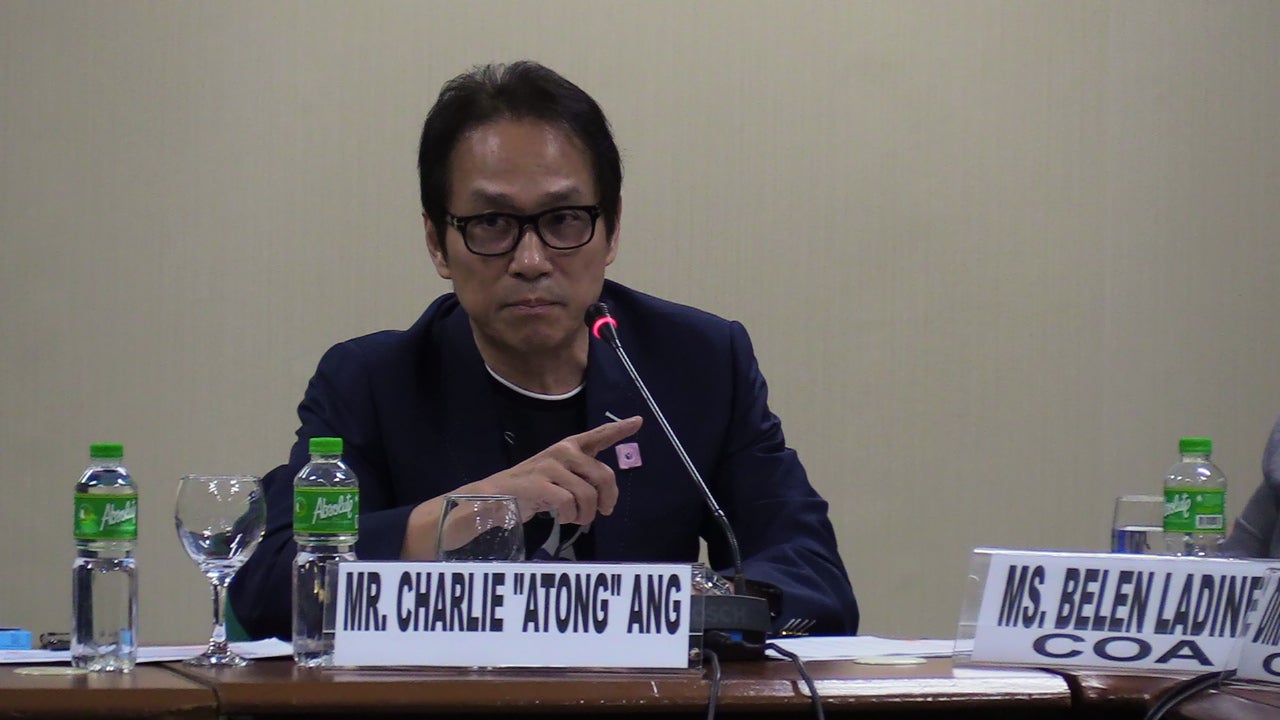 Gambling expert Charlie “Atong” Ang told a House inquiry on Tuesday that the family of alleged gambling lord Rodolfo “Bong” Pineda had boasted of “creating a president” in Gloria Macapagal-Arroyo.

Ang, appearing yesterday at a hearing of the House committee on good government and public accountability, said the Pinedas considered the nine-year presidency of Arroyo, now a Pampanga representative, to be their creation.

“The Pinedas are boasting that they are the ones who created President (Arroyo),” Ang said in an often rambling and disjointed testimony.

He made the claim during the House inquiry on controversies surrounding the Philippine Charity Sweepstakes Office (PCSO), including the Small Town Lottery (STL), which was allegedly being used as a front for illegal gaming.

One of them, according to Ang, was Bong Pineda, who allegedly controls STL operations across 11 provinces. Pineda is the husband of Pampanga Gov. Lilia Pineda, a bosom buddy of Arroyo.

Arroyo’s presidency was rocked by corruption scandals, including ethical issues arising from her close association with the Pinedas.

The Inquirer tried to reach Arroyo through her staff and publicist, but there was no reply at press time.

He was long on accusations but short on names.

Ang claimed that there was an attempt to stop STL operations during the Aquino administration, but a Cabinet “secretary,” whom he did not name, argued against it.

Balutan said the PCSO had a record gross earning of P52.78 billion, of which P15.7 billion was generated by STL.