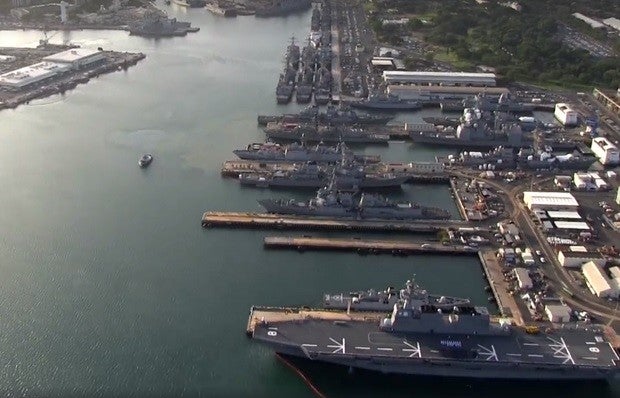 Warships from some of the militaries of 26 nations wait in port at the US Pacific Fleet headquarters in Pearl Harbor, Hawaii. (SCREENGRAB FROM US PACIFIC FLEET FACEBOOK VIDEO)

Aquilino currently commands the US 5th Fleet operating out of Bahrain.

The US Senate will vote on the nomination that was announced on Friday.

Two Pacific Fleet ships were involved in separate collisions near Japan and Singapore last year that killed 17 sailors. The Navy fired several top leaders, including the commander of the 7th Fleet.

The current Pacific Fleet commander, Adm. Scott Swift, announced in September that he would retire after he learned he would not be promoted to lead all US forces in the region at US Pacific Command.