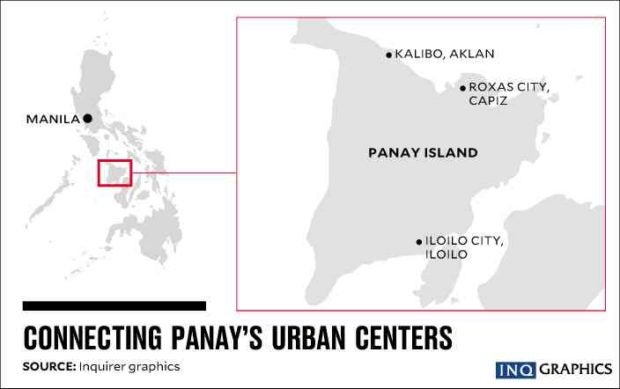 ILOILO CITY — Instead of reviving the railway system on Panay Island, economic planners in Western Visayas region are keen on pushing the construction of an expressway that will link the provinces of Aklan, Capiz and Iloilo.

Ro-an Bacal, regional director of the National Economic and Development Authority, said building an elevated expressway on the island was more feasible.

“We are still in the brainstorming stage. But we believe reviving the railway system is very expensive,” Bacal told the Inquirer.

The proposed elevated expressway will connect Iloilo City (Iloilo), Roxas City (Capiz) and Kalibo town (Aklan), and will be built mainly on the Panay railway line, which stopped operation in the 1980s.

Bacal said building the expressway along the old railway line would minimize disturbance of the existing road network. The project, she said, anticipates the increase in volume of traffic and economic activities in Panay.

“It’s forward-looking and we expect to cut travel time by 40 percent between the (three provincial centers),” Bacal said.

She said business operators preferred an expressway to minimize their shipment costs.

A railway, however, can still be part of the elevated expressway if planners will find this feasible, Bacal said.

She said the proposal needed to undergo study and discussions with the Panay Railways Inc., the Department of Public Works and Highways, and local governments.

The revival of the railway system was among the projects announced by President Duterte during his first State of the Nation Address in 2016.

The Regional Development Council of Western Visayas, in 2010, endorsed the project that would connect the cities of Iloilo and Roxas. This segment spans 170.36 kilometers.

The proposed project is the first phase in the revival of the Panay railway system. The second phase involves a railway system between Roxas City and Caticlan in Malay town, Aklan, the jump-off point to Boracay Island.

Proposals were also made to include access routes to the international port in Iloilo City and airport in Cabatuan town in Iloilo. —Nestor P. Burgos Jr.