Legal experts back approval of BBL ahead of Cha-cha, federalism | Inquirer News

Legal experts back approval of BBL ahead of Cha-cha, federalism

At least two legal luminaries, including former Chief Justice Hilario Davide, have thrown their support behind the approval of the proposed Bangsamoro Basic Law (BBL) before the controversial Charter change (Cha-cha) and federalism initiatives.

Davide even urged President Rodrigo Duterte to certify as urgent the BBL’s passage in Congress.

“I am for the approval of BBL the soonest possible time ahead of the Charter change especially on the shift to federalism,” the former top magistrate said in the ongoing BBL deliberations at the Senate on Monday.

Davide reiterated that the Bangsamoro government could be used as a “model” and as an “experiment” for a federal form of government.

“If in 10 years we see the success of the Bangsamoro autonomous region, then we can begin talking about federalism,” he noted.

“I hope and pray that this President will certify to Congress as urgent these bills now pending before the sub-committee.”

“I fully support and pray for the approval of the bill before us,” Davide further said. 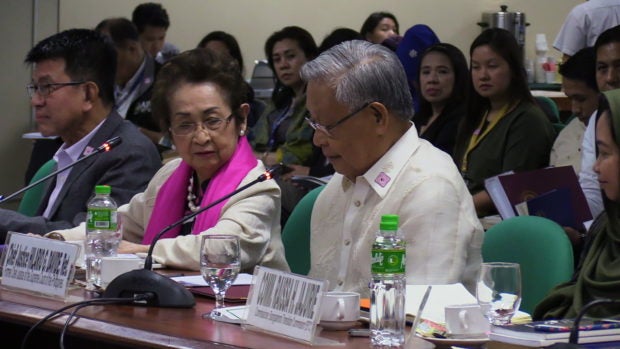 Dr. Florangel Rosario Braid, who was a member of the 1987 Constitutional Convention, also backed the BBL passage ahead of Cha-cha and the proposed shift to a federal form of government.

Unlike the 10-year period envisioned by Davide before talking about federalism, Braid believes that five years after the BBL implementation would be enough time to study a possible shift to federalism.

Read Next
2.8m-long tapeworm found in patient who had no symptoms
EDITORS' PICK
EDITORIAL: To a bike-friendly future
The Best Tech Gifts For The 2022 Holidays
Is it safe to talk politics again at family gatherings? ‘The Reconciliation Dinner’ shows us what that’s like
House energy committee chair Arroyo bats for cheap electricity
vivo’s coming to town to grant wishes with more holiday promos
Pagasa: Warm, sunny Sunday in most parts of PH
MOST READ
LOOK: Vhong Navarro transferred to BJMP detention facility in Taguig
The Elephant Man in the Senate
Posh village as ‘shabu’ haven
LOOK: Zanjoe Marudo bonds with Ria Atayde, her family
Don't miss out on the latest news and information.