General says unlicensed guns down to 4,100 in Sulu 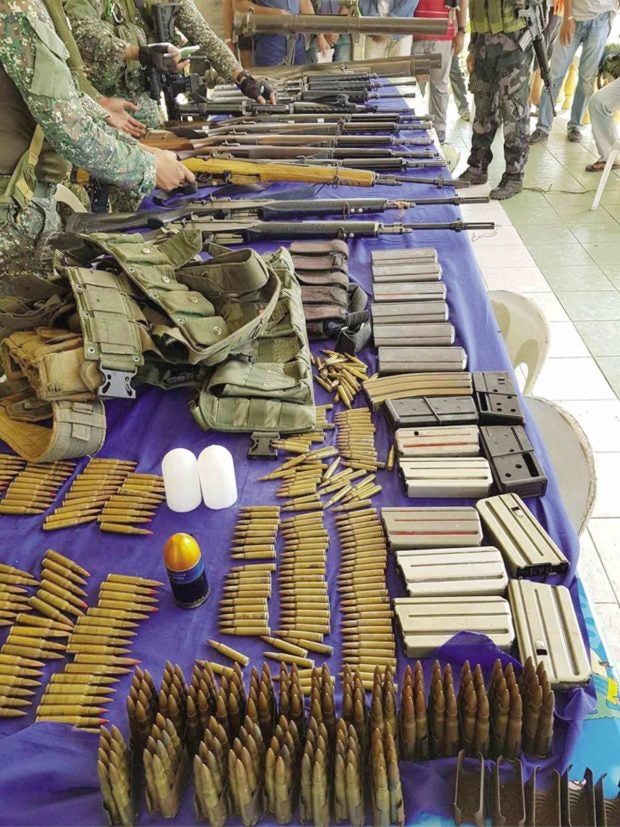 The military shows rifles and bullets surrendered by a mayor and his village chiefs in Sulu province. —PHOTO FROM NAVAL FORCES WESTERN MINDANAO

ZAMBOANGA CITY — A military commander said relentless operations by government forces led to a sharp decline in the number of unlicensed guns in the province of Sulu, a known lair of the terror group, Abu Sayyaf.

Brig. Gen. Cirilito Sobejana, Sulu military chief, said the number of unlicensed guns believed to be still in circulation was down to just 4,100 or 10 guns per village in the province with 410 villages in 19 towns.

The latest surrender of guns was made by Anton Burahan, mayor of Pata town, and his village chiefs. —Julie Alipala