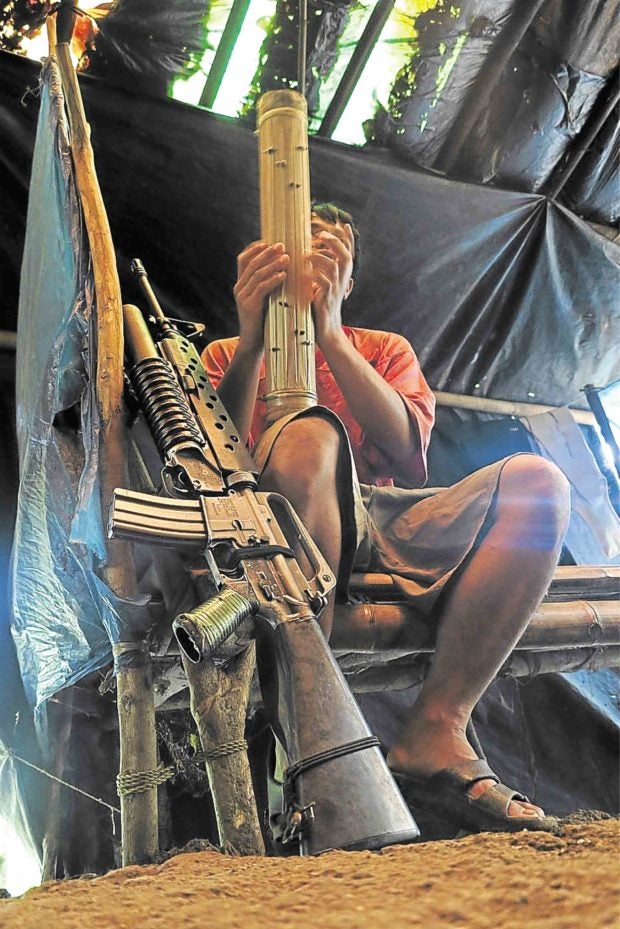 A communist rebel plays a native guitar in a camp in the Cordillera. —EV ESPIRITU

DAVAO CITY — A New People’s Army (NPA) spokesperson on Wednesday said it was the military-backed Magahat militia, not communist rebels, who killed and beheaded a government militiaman in Surigao del Sur last month, a case which President Rodrigo Duterte blamed on NPA.

Mr. Duterte expressed rage at the killing of Bocales, saying the militiaman had also been beheaded, using the case as an example of what he said was the ruthlessness of communist rebels. —Frinston Lim