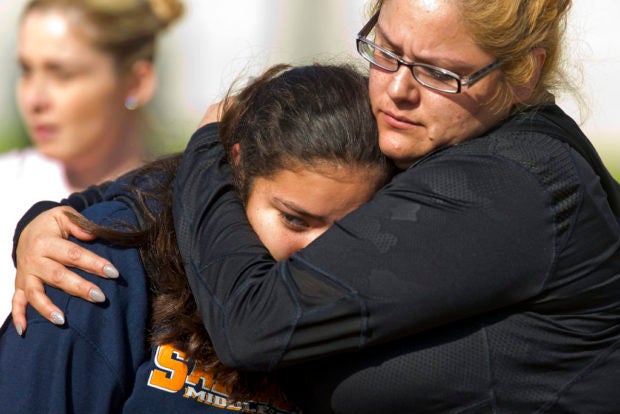 LOS ANGELES —Prosecutors say a 12-year-old girl has been charged with two felonies after a gun went off in her backpack, striking two classmates and leaving three others injured.

The Los Angeles County district attorney’s office says the girl has been charged with being a minor in possession of a firearm and having a weapon on school grounds. She’s expected to be arraigned on Monday.

A single bullet struck a 15-year-old girl in the wrist and then hit another classmate in the head.

Two other children and a staff member were hit by broken glass.

A police spokesman said earlier Friday that the semi-automatic handgun wasn’t registered. Detectives don’t know where the girl got the gun.