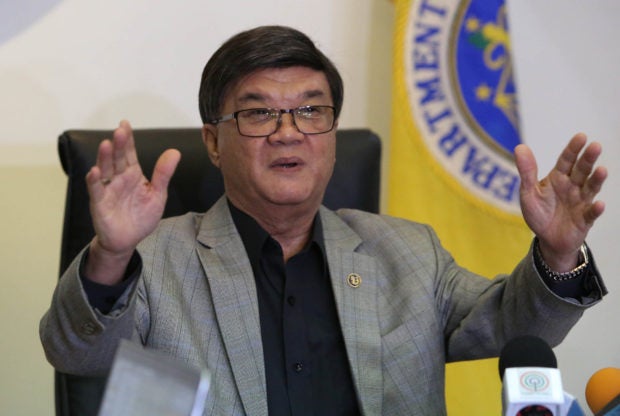 Justice Secretary Vitaliano Aguirre II has ordered the dismissal of three employees of the Department of Justice (DOJ) who allegedly participated in the anomalous processing of travel documents of foreigners.

“(Corruption) will not be tolerated and it will be severely dealt with,” Aguirre said in a statement on Thursday night.

Aguirre’s swift action on the matter was a stark contrast to his handling of the alleged attempt of resigned Immigration Associate Commissioners Al Argosino and Michael Robles to extort P50 million from gaming tycoon Jack Lam in November 2016.

The DOJ did not pursue any complaint against Argosino and Robles, both fraternity brothers of Aguirre and President Duterte, but they have been indicted for plunder and bribery by the Office of the Ombudsman.

According to Aguirre, the three DOJ personnel admitted participation in the anomalous “processing of visas at the Bureau of Immigration,” an agency under the justice department. —MARLON RAMOS