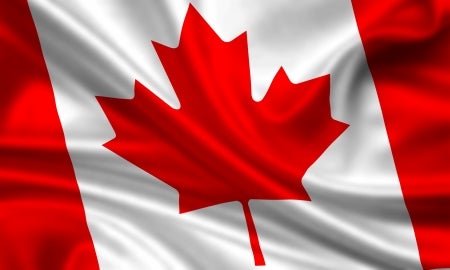 In its third and final reading, the Senate of Canada on Wednesday passed a bill to change some lyrics in “O Canada,” the country’s national anthem, aiming for gender neutrality.

With this, the lyric “in all thy sons command” will now be altered as “in all of us command,” local Canadian media CBC News reported. Before its passage, the bill had been debated upon for 18 months by parliamentary members.

Bill #C210 has been adopted in the Senate at third reading: https://t.co/d9NSvFdwXb #SenCA #cdnpoli pic.twitter.com/eQ616r2rhs

This bill, filed by late parliament member Mauril Bélanger, is the first to be passed by the House of Commons after 12 bills have been filed since 1980 to make the change, as the term “sons” has been argued by some as discriminatory in nature. It now has to go through approval by the governor general before being enacted into law.

Upon the voting, Canadian Prime Minister Justin Trudeau took to Twitter to commend the move, saying it was “another positive step towards gender equality.”

Grant Mitchell, an Independent senator, expressed his delight in the bill’s passage and lauded his fellow lawmaker Sen. Frances Lankin, who was the sponsor, and his fellow parliamentarians to make the change happen.

I am delighted that Bill #C210 has passed in the Senate tonight! Congratulations to Senator Frances Lankin and to all of the Parliamentarians who worked to make Canada’s national anthem gender neutral. https://t.co/kfmyTPZQrm

‘The Handmaid’s Tale” author Margaret Atwood showed how elated she was through the social media site and thanked the Senate.

Thank you @SenateCA! ‘In all of us command’: Senate passes bill approving #genderneutral anthem wording https://t.co/kOyXplgNYu

However, not all welcomed the passing of the bill, as some opposition members expressed their disappointment at the change.

Sen. Denise Batters, who is a member of the country’s conservative party, said the votes showed “shameful, anti-democratic behavior” from what she said were “Trudeau-appointed senators” and from the Senate speaker for they “shut down legitimate debate in Congress.”

Shameful, anti-democratic behaviour by #Trudeau-appointed senators, including #SenCA Speaker, as they shut down legitimate debate in Chamber

Another Conservative member, Bob Soraya, expressed his disappointment that “the Liberals changed our national anthem. [Some things]  just shouldn’t change.” Soraya was referring to the Liberal Party, who is the current ruling party where Trudeau is a member of.

Sen. Betty Unger said that the country’s national anthem “has just been changed by hijacking parliamentary procedure,” adding that it was “a harbinger of things to come.”

Canada’s “independent” Senators shut down debate on the Anthem Bill in defiance of longstanding parliamentary tradition to allow full Senate debate. Our national anthem has just been changed by hijacking parliamentary procedure. A harbinger of things to come. #C-210 #cdnpoli

“O Canada” was written in 1908 by Montreal judge and poet Robert Stanley Weir, and its lyrics have been changed before, including an update that dates back to the First World War that later sparked debate.

Previously, Canada made the move to make their passports gender-neutral by being marked as “X” if a person cannot be identified as male or female.  Katrina Hallare /ra