Doc, 53 others in kidnapping, beheading of workers indicted 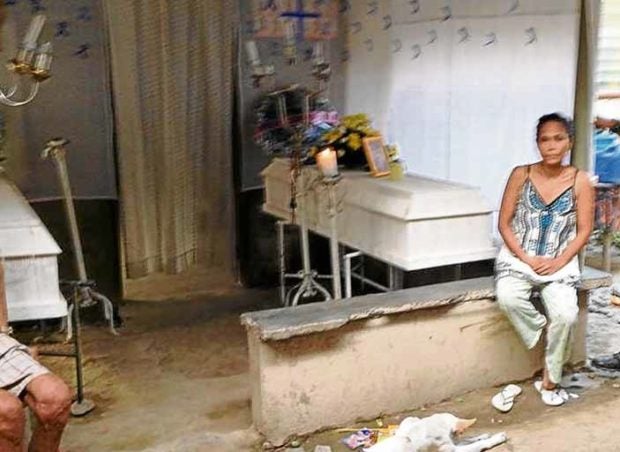 A female relative sits near the coffins of brothers Salvador and Jaymark Janobas, of Iligan City, who were beheaded by Maute group. —RICHEL UMEL

A doctor who allegedly financed terror operations and 53 other alleged members of Maute group, a homegrown Islamic State (IS) affiliate, had been indicted by the Department of Justice (DOJ) for the abduction of six sawmill workers and the beheading of two of them in Lanao del Sur in 2016.

Russel Salic, a medical doctor, and his fellow respondents were charged with two counts of murder and four counts of kidnapping in Branch 11 of the Regional Trial Court of Malabang, Lanao del Sur.

The joint resolution, signed by Senior Assistant State Prosecutor Peter Ong and approved by Prosecutor General Jorge Catalan, was issued on Dec. 12, 2017, but was made available to media only on Tuesday.

Wanted in the US

Salic, 37, was the subject of an extradition request by the United States after he was implicated in an alleged botched terror plot in New York City two years ago.

American authorities claimed that he had facilitated the transfer of money to fund an IS operation to bomb several locations in New York, including subways, Times Square and concert venues.

Salic, who was being held at the detention center of the National Bureau of Investigation, was allegedly with Maute members who abducted the six sawmill workers—Gabriel Permitis, Alfredo Cano-os, Adonis Mendez, Julito Janubas and brothers Salvador and Jaymark Janubas—on April 4, 2016, in Butig town, Lanao del Sur.

Salvador and Jaymark were beheaded and the other workers were released.

Salic’s denial, the DOJ said, “cannot prevail over the testimony of the victims describing in sufficient detail his active participation in the commission of the crimes.”

“Where conspiracy is established, the precise modality or extent of participation of each conspirator becomes secondary,” it said.

“The inaction of a respondent where he could have prevented the crime only reveals his complicity,” it added.