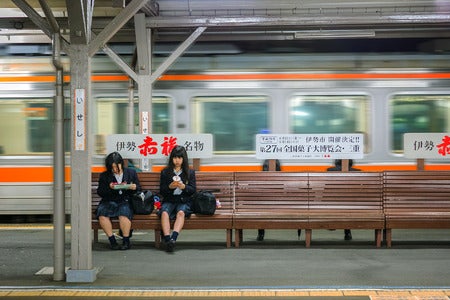 Men in Japan were interacting on social media for a disturbing reason: to plan sexual assault on schoolgirls and get away with it, reported News Watch 9.

Potential sexual predators are targeting particularly busy days for teen girls so that they will be deterred from filing complaints.

Japan’s National Center Test, conducted last Jan. 13 to 14, is a standardized college entrance exam that is offered only once a year. Being late or not showing up to the exam would mean a gap year, which universities and employers may frown upon, reports SoraNews24.

Adding to the pressure is that students need to travel to a single regional test venue before the test starts at 9:30 a.m. on both days. This means long train rides—and the possibility of “chikan,” the term used for sexual assault on trains.

Japanese women and authorities have long been battling chikan, the same word used to refer to the attackers.

There is a process for the victim to report the incident, but it will take up valuable time. It involves finding the right authorities and giving a statement, though SoraNews24 reports that fights also occur as passengers or the victim herself tries to remove the chikan from the train.

Given the significance of the test to a student’s future, victims could be discouraged from reporting cases of sexual assault, with men bragging about their plans on social media.

Some of the comments News Watch 9 collated are as follows:

“The number-one chance for chikan is on the days of the Center Test.”

“You can feel up girls headed to the Center Test all you want and get off scot-free!!!”

“I just realized something amazing. If you grope a girl on the day of the Center Test, you won’t get caught, right?”

“Since the Center Test takes place tomorrow, the conditions are perfect for chikan. All right, gonna hop on the train tomorrow and have a little nice communication with the girls.”

According to SoraNews24, there have been no police reports on increased chikan during Center Test Day, though it is unclear if there were no additional incidents or victims chose not to report them as the social media comments had predicted.  Niña V. Guno /ra