Russia warplane flies within whisker of US jet — US Navy 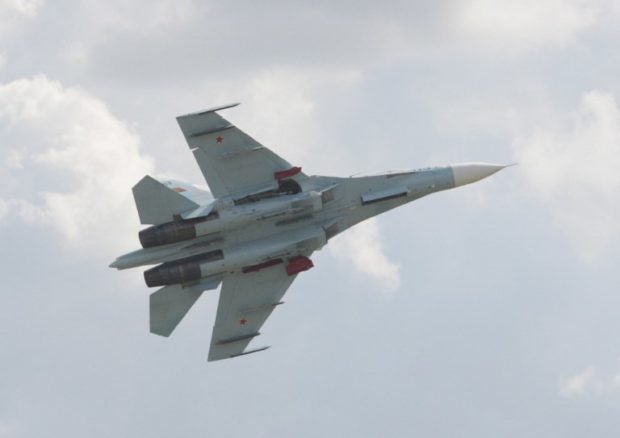 An SU-27 fighter jet flies in an airshow. AFP

WASHINGTON, United States — A Russian fighter jet flew perilously close to a US Navy reconnaissance plane over the Black Sea on Monday, officials said, a maneuver the Navy denounced as “unsafe.”

The incident unfolded while the US EP-3 Aries spy plane was on a mission in international airspace. It was intercepted by a Russian Su-27, which flanked the US aircraft for a total of two hours and 40 minutes, the Navy said in a statement.

“This interaction was determined to be unsafe due to the Su-27 closing to within five feet (1.5 meters) and crossing directly through the EP-3’s flight path, causing the EP-3 to fly through the Su-27’s jet wash,” the statement read.

The US military has reported several “unsafe” interactions with Russian jets in the skies over the Black Sea in recent months.

Russian and NATO forces are both operating in international air space above the Black Sea, and activity in the region has heated up since Russia annexed Crimea in 2014. /cbb