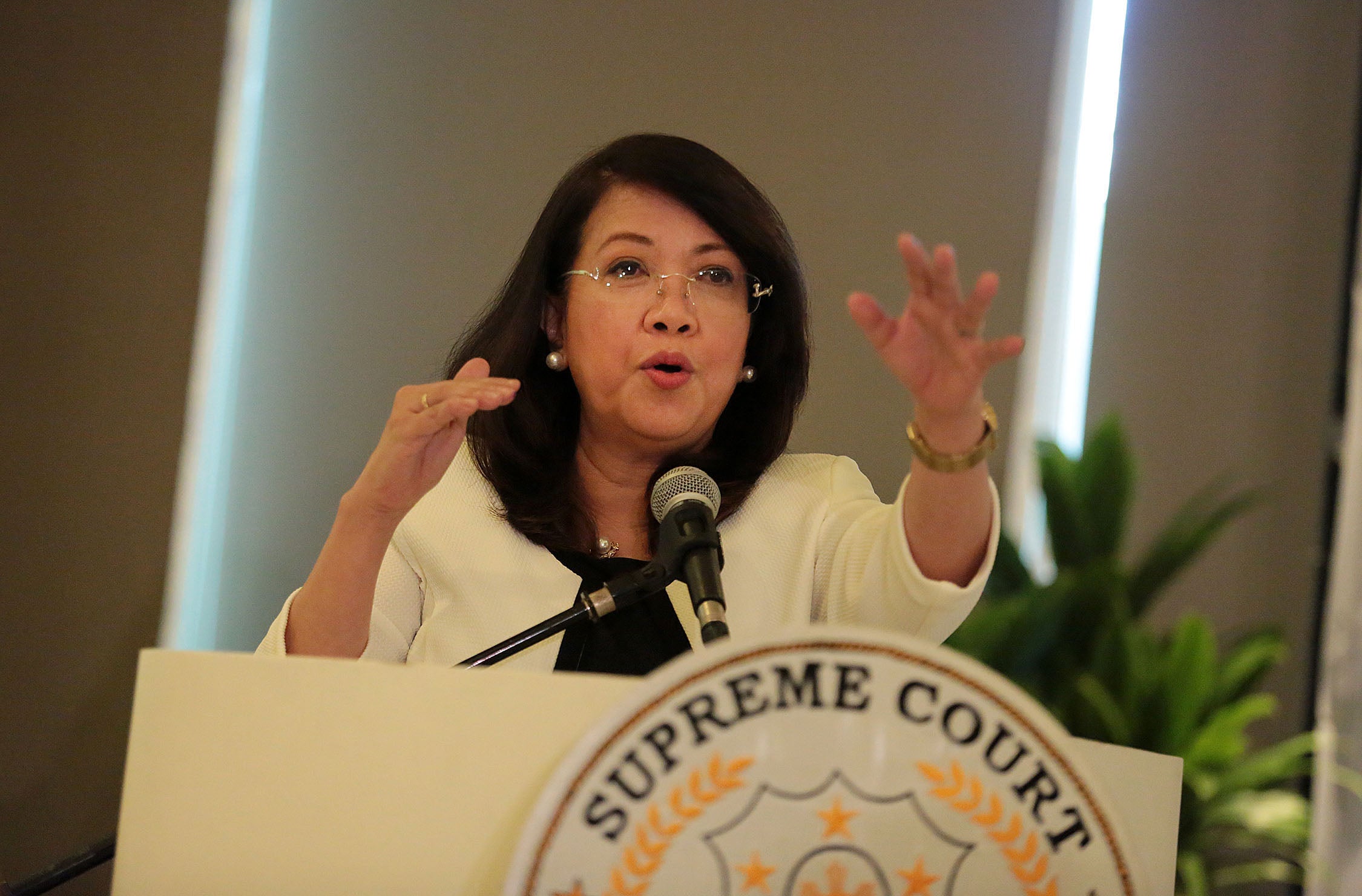 The testimony of a Supreme Court (SC) magistrate on the hazards confronting members of the judiciary only justified the acquisition of a P5.2 million bullet-proof Toyota Land Cruiser for Chief Justice Maria Lourdes Sereno, according to her spokespersons.

Lawyer Jojo Lacanilao, a spokesman for Sereno, said the testimony of Associate Justice Mariano del Castillo that he received death threats when he was a Regional Trial Court judge proved that the SUV for the Chief Justice was necessary.

“The issuance of the bullet-proofed vehicle for the Chief Justice does not only conform to the Supreme Court en banc recommendation and procurement law. It is also in line with the security protocol that should be accorded the highest judge of the land in the face of death threats and other security issues,” Lacanilao said in a statement on Monday.

Del Castillo, during the resumption of the hearings at the House of Representatives justice committee on the impeachment case lodged against the Chief Justice, said Sereno raised some death threats as reasons behind her preferred vehicle.

The magistrate also echoed Sereno’s sentiments. “Your honor, when I was an RTC judge, I have two death threats. I mean, it comes with the territory, your honor,” Del Castillo told the House committee on justice panel.

Moreover, Del Castillo said the procurement of the SUV was done in order.

“There was no legal basis for me to deny the recommendation so I passed it on to the court,” the SC magistrate said.

Gadon, in his complaint, accused Sereno fo living a “luxurious” lifestyle by selecting a Toyota Land Cruiser as her security service vehicle.

“The purchase of a service vehicle for the Chief Justice was in keeping with security protocol that the top magistrate be protected in a security vehicle,” Lacanilao said.

“Bullet-proofed blankets were installed inside these vehicles and sometimes, the CJ wears bullet-proofed vest that was given to her by her husband as a gift,” Sereno’s spokesman said. /je