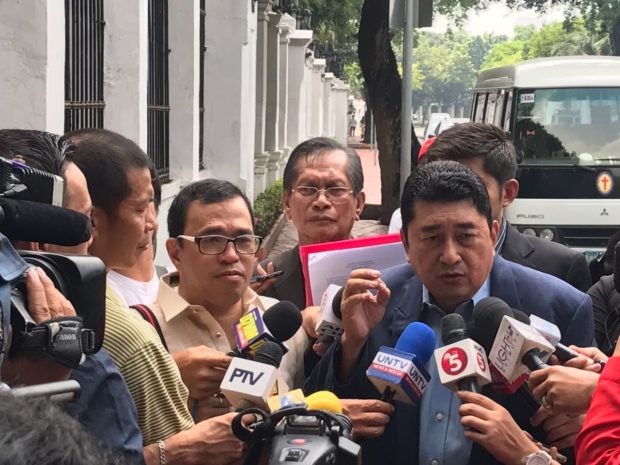 Paras, who is among the accusers in the complaint against Carandang, claimed that “justice is in action” as Malacañang placed under a 90-day suspension and formally charged the Ombdusman executive for grave misconduct and grave dishonesty, among others, over the release of alleged bank transactions of Duterte

“The President is vindicated,” Paras said. “He has been maligning the president. He has violated the rules of the Ombudsman for prohibiting untimely disclosures of litigants, documents and also causing undue injury because his statements are all false.”

“Gumagalaw po ang hustisya natin under the administration of the Office of the President,” the DOLE official also said.

Paras, along with former Rep. Glenn Chong, and lawyers Manuelito Luna and Eligio Mallari, filed an administrative complaint against Carandang before the Office of the President in October 2017. The complainants accused Carandang of “falsely and maliciously claiming” that the Anti-Money Laundering Council (AMLC) issued a Report regarding Duterte’s alleged account deposits.

“Ito ay consolidated case. We were able to get preventive suspension against Mr. Carandang, that he will not be able to function anymore by continuing to malign the President and his family,” Paras said.

Sought for his reaction on Senator Antonio Trillanes IV’s statement that Malacañang’s decision against Carandang was “another Duterte tactic that’s meant to bully democratic institutions,” Paras only dismissed it as a “voice in the wilderness.”

Earlier, reports indicated that Carandang confirmed that his office was in possession of the bank documents that “more or less” looked like the bank documents presented by Trillanes, and that the money flow amounted to about P1 billion.

The AMLC, however, issued a statement denying that they provided the Office of the Ombudsman and Trillanes with the bank documents.

“Trillanes should answer these questions in the case we have also filed against him for inciting to sedition, coup d’état, inciting to proposing coup d’état, and graft and corruption,” Paras said.