Faeldon asks SC to order his release from Senate detention 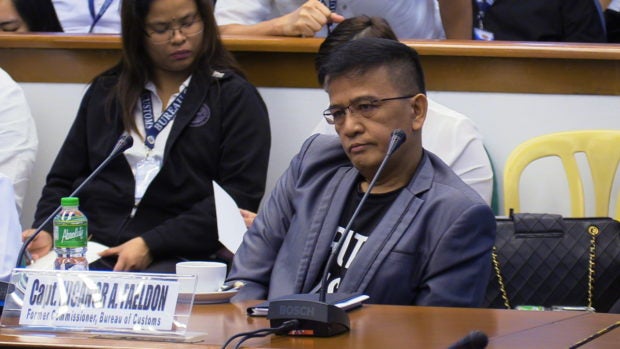 Resigned Bureau of Customs Chief Nicanor Faeldon asked the Supreme Court (SC) on Monday to nullify his detention and order his immediate release from the Senate.

In his 30-page petition, Faeldon, through his lawyer Jose Diño, said the high court should render his arrest and detention at the Senate invalid since the hearings were not actually for lawmaking purposes but merely for “persecution, grandstanding and self-confessed obsession.”

Last September 7, 2017, the Senate ordered the arrest and detention of Faeldon, who repeatedly refused to participate in its investigation on the P6.4 billion drug shipment from China that slipped past the BOC under his leadership.

“The respondent’s [Senate] order of arrest and detention order should be declared as null and void as it was issued pursuant to a proceeding without any legislative purpose or even intent of legislation but purely for persecution, grandstanding and self-confessed obsession,” stated Faeldon’s petition before the SC.

The same petition asserted that the order of arrest and detention was also issued without any legal or factual basis as it is in violation of Faeldon’s right to due process.

Diño pointed out that it has been more than six months since the filing of the Senate Resolution to investigate the highly controversial “shabu” shipment but not even a single legislator has filed any measure related to the issue being investigated.

“(F)rom July 2017 until even date, the author or any other member-senator of the  respondent Senate Blue Ribbon Committee for that matter, has not filed any proposed amendatory law, or any proposed new law with reference to the subject matter thereof,” he said.

“All that respondent Sen. Gordon and the Senate Blue Ribbon Committee (SBRC) succeeded at, from the eleven (11) fruitless and wasteful hearings they conducted, was to focus the tri-media’s attention and media mileage on themselves, as well as to carry-out their vindictive persecution of the Petitioner,” the petition noted.

Faeldon further cited in his petition that Senator Panfilo Lacson, a member of the Senate blue ribbon committee, even accused him of receiving P100 million as a “welcome-gift” allegedly upon his assumption at the BOC in 2016. He said Lacson failed to produce any evidence to prove his allegation.

Faeldon declared that the unproven allegations against him are proof that the senators “merely used, misused and abused their legislative privilege of inquiry for no other purpose than to malign, abuse, character-assassinate and besmirch the Petitioner’s good name and reputation.”

Faeldon, who has been recently appointed by President Rodrigo Duterte as deputy administrator for operations of the Office of Civil Defense (OCD), has been detained at the Senate since September 10, 2017. However, he was given a furlough two weeks ago to allow him to witness the birth of his child, undergo a medical checkup, and take his oath as the new official of OCD.            /kga