Davide: An illiterate but patriotic person is better in Congress | Inquirer News

Davide: An illiterate but patriotic person is better in Congress 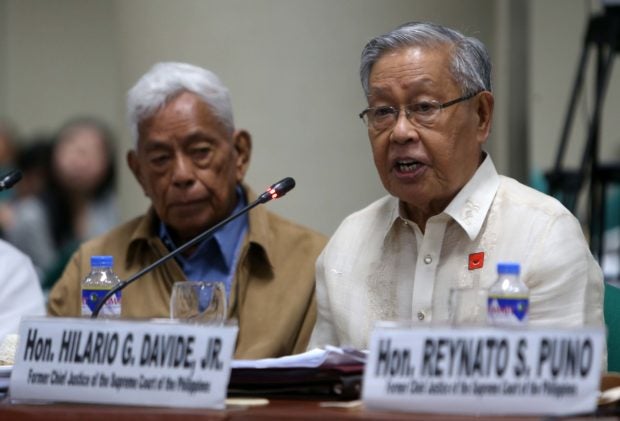 Would anyone want an illiterate but patriotic person in Congress or some of the lawmakers sitting now?

For former Chief Justice Hilario Davide Jr., an uneducated patriot could do a better job.

“Look at the people we’ve elected, they are not illiterate — they are even college graduates. But what are many of them doing in Congress?” Davide told ABS-CBN News Channel on Monday.

“So I’d prefer an illiterate to be there, who really would be truly patriotic and heroic in all his deeds,” he said.

Davide made the statement reacting to suggestions that the qualifications be raised for people running for congressman, senator or president.

“It would be undemocratic if we would demand more,” the former chief justice, referring to the basic “read and write” literacy requirement in the Constitution. He added, “To me that’s not the problem.”

He noted that in the past, there were proposals to provide for educational qualifications for those running for public office but they were rejected in the 1971 and 1986 Constitutions.

“The reason being is that we’re supposed to be a truly democratic country … all opportunities for public service must be open to all,” he said.

In the interview, Davide reiterated his stand against amending the Constitution.

“At this stage, at this time? I can’t see any reason why we must change any portion (of the Constitution),” he said.

“This Constitution now is the political bible of the people and it has not been fully enforced or implemented by those who are supposed to implement them. Why change it now?” Davide said. /cbb