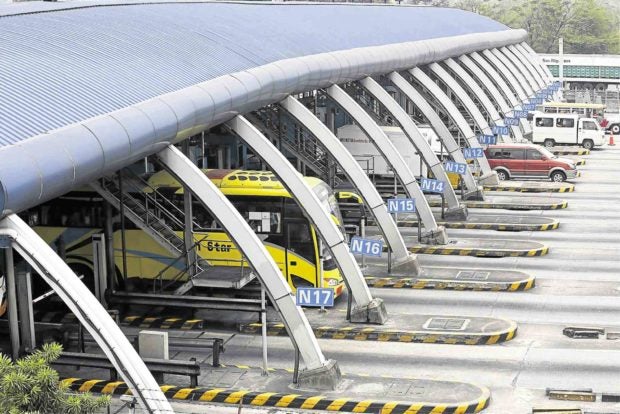 20 YEARS EXPERIENCE Over two decades, the Swiss challenge method has resulted in tollways . . .

DAVAO CITY — President Rodrigo Duterte on Saturday said he wanted to eliminate the bidding process for public work projects because it has only caused delays in the completion of government projects and bred corruption.

“So henceforth, all projects of the Philippines would be something like a ‘Swiss challenge.’ If I want [a] building, if I want a highway, if I want railroads built, I’ll show to you (contractors) where it is. There would be an open space for everybody,” the President said.

Under the Swiss challenge system, a government agency that receives an unsolicited proposal for a project from a private group invites third parties to match or offer a better proposal. The original project proponent would be allowed to match that counterbid or improve on it.

The current procurement law directs the government to bid out its public works or services projects and the lowest bidder normally is awarded the contract.

“I’m telling everybody, I’m telling Congress, COA (Commission on Audit) and the Supreme Court … that policy of lowest bid … was the one that dragged us into corruption,” Mr. Duterte said. “The country would never have a respite because of that.”

The President lamented the operation of syndicates that he said rigged the bidding for government projects and bribed officials to make money. The result, he said, would be either a substandard or an unfinished project.

Mr. Duterte said the Swiss challenge process would be acceptable to “straight people in the government.”

This would also stop unscrupulous contractors, which he described as a “group of idiots going around just playing golf,” referring to the favored venue where corrupt businessmen concluded their deals.

“That syndicate, they just wait and go their lowest. The true blue contractors are in good faith,” he said.

He warned public works contractors that he would not tolerate excessive delays in their projects and bring them to court if they were delinquent.

He said he was directing the Department of Public Works and Highways to tell contractors to speed up existing projects.

Mr. Duterte said he would only allow, at most, a one-month delay under the principle of slippage, otherwise he would give the project to another group and sue the erring contractor. 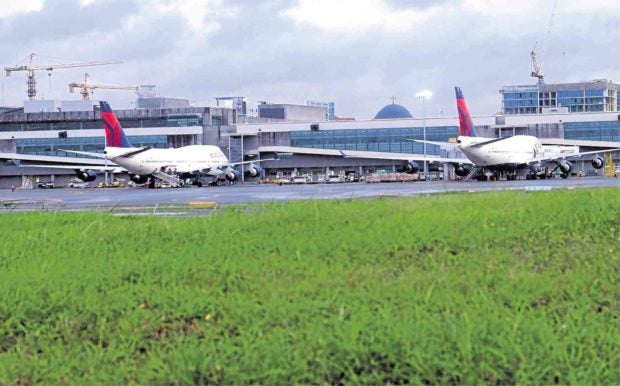 And airports, with varying results, both good and bad.

He promised those who completed their work correctly and without corruption that they would be rewarded with prompt payment by the government—within 15 days from finishing the job.

The President said he wanted contractors to tell him what was causing any delay so that he could himself deal with the problem which could include bureaucratic paperwork.

‘I will release it’

“You just tell me. If somebody asks you (for money), tell me, I’ll get the papers for you. I will tell the department secretary or the bureau director,  ‘Give the papers to me. I will release it,’” the President said.

Sen. Panfilo Lacson agreed with the President in favoring the Swiss challenge procurement method, saying the current bidding process “leaves a lot to be desired.”

“President Duterte may have a point,” Lacson said in a text message to the Inquirer. “Aside from delays caused by the bidding process, there is no guarantee that end-user agencies get the best quality in the goods and services delivered by winning contractors and suppliers.”

He said that fast-deteriorating infrastructure projects and substandard materials from government suppliers have become so “ubiquitous” that Filipinos were no longer enraged by such malpractice.

“Worse, we have yet to hear a contractor and supplier being jailed for substandard projects and supplies,” Lacson said.

Over the past two decades, several major infrastructure projects have been completed and others were undergoing construction following the Swiss challenge method.