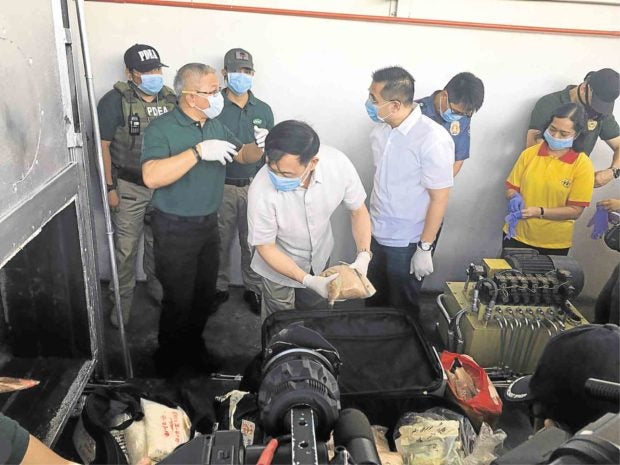 The Philippine Drug Enforcement Agency (PDEA) led the destruction of more than P500 million worth of drugs in a display of what a top antidrug official said was a sign that the government was winning the war on narcotics.

It was the third batch of drugs to be destroyed since PDEA took the helm of President Duterte’s war on drugs in November last year.

Aaron Aquino, PDEA director general, said the drugs were destroyed to keep them from falling into the hands of syndicates and being sold in the streets.

Malacañang in November designated PDEA as the “sole agency” tasked with waging Mr. Duterte’s war on drugs amid complaints against extrajudicial killings that marred antinarcotics operations led by the Philippine National Police.

Aquino said at the rate the PDEA was doing its work, he hoped that by the end of Mr. Duterte’s term in 2022, the agency would have declared the country as drug-free.

Catalino Cuy, Dangerous Drugs Board chair and guest at the destruction of the seized drugs, said “the hope of attaining a drug-free Philippines was not impossible at all.”

“With the commitment of our law enforcers, we are confident in saying we are winning the fight against illegal drugs,” Cuy said.