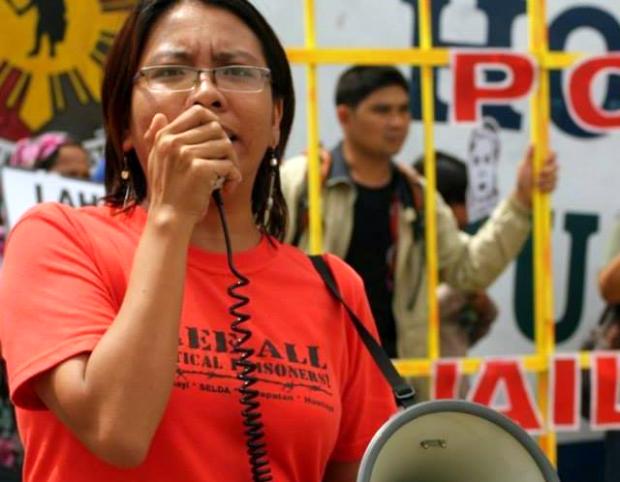 Karapatan secretary general Cristina Palabay slammed the explanation of Solicitor General Jose Calida to the Supreme Court (SC) that the year-long extension of martial law was needed to quell the rebellion.

“This regime, which has been inching the country closer to a full-blown dictatorship with little to no checks and balances, is the real threat to public safety,” Palabay said in a statement on Thursday.

Calida on Wednesday filed a 99-page memorandum assuring the SC that there were constitutional safeguards to protect human rights under martial law.

The solicitor general said that martial law under the 1987 Constitution is a “defanged version” of the provisions in the 1935 Constitution.

But for Palabay: “The reality on the ground is that these laws remain ink on paper, as violations and abuses continue.”

“Who is there to check and monitor State security forces when they are accorded extraordinary powers to continue abuses without hindrances, especially with the Duterte regime acting as active proponents and champions of State-funded murderers?” Palabay said.

“Try as Calida may, martial law is not equatable to public safety. History has taught us that with the military’s framework and the government’s disregard for people’s rights, martial law is tantamount to abuse of power, human rights violations, plunder and corruption,” she added.

According to Palabay, not one counter-insurgency program has effectively solved the armed conflict in Mindanao as well as the whole country.

“The continued use of militarist measures is a tired formula that is proven to be ineffective. An age-old maxim proposed that repeating the same thing and expecting different results is the work of an insane person. No doubt that insanity plagues this government,” said Palabay. /je