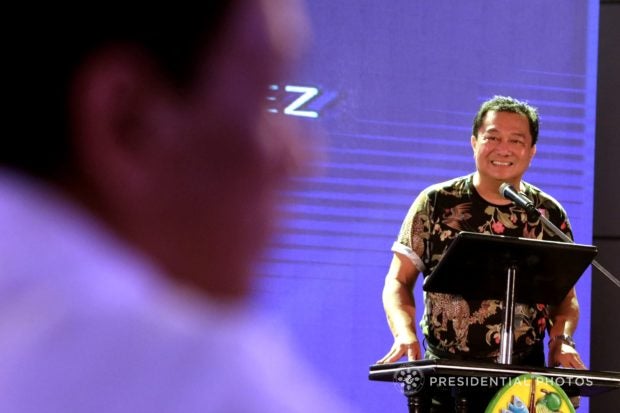 It’s final: Ombudsman prosecutors will soon charge Davao del Norte Rep. Antonio Floirendo Jr. with graft for his financial interest in a banana company that has a joint venture agreement with the Bureau of Corrections (BuCor).

In a 12-page order signed on Jan. 15, Ombudsman Conchita Carpio Morales denied Floirendo’s appeal on a Sept. 4 resolution finding probable cause to indict him for violation of the Anti-Graft and Corrupt Practices Act, paving the way for his trial by the Sandiganbayan.

The graft law prohibits public officers from having an interest in any transaction prohibited by the Constitution.

The 1987 Constitution states that no senator or House member shall “directly or indirectly, be interested financially in any contract with, or in any franchise or special privilege granted by the government during his term of office.”

Floirendo was serving as representative at the time, while holding 75,000 shares in the company worth P7.5 million.
Most of Tadeco’s stocks were also owned by the Floirendo family through the holding company Anflo Management and Investment Corp. (Anflocor).

In his appeal, Floirendo had asked the Ombudsman to reopen the investigation of the case so he could submit additional documentary and testimonial evidence to prove he had no participation in the negotiation and approval of the JVA.

But the Ombudsman stood pat and said whether he had any participation was “immaterial,” because “mere possession of prohibited interest” was sufficient to press criminal charges against him.

The resolution arose from Speaker Pantaleon Alvarez’s March 13 complaint questioning the JVA for 5,308 hectares of Davao Penal Colony land, which was first entered into in 1969 and extended for another 25 years in May 21, 2003.

The Commission on Audit (COA), in an April 25 memorandum, said the Tadeco agreement was unconstitutional for exceeding the 1,000-ha ceiling set by the 1973 and 1987 Constitutions, and the 1,024-ha cap by the 1935 charter, on the lease of government land to private corporations.

The COA also said it violated the 1987 Constitution’s 50-year limit on the use of public lands by private corporations. The agreement also covered inalienable “reserved lands” that are “beyond the commerce of man.”

In its June 29 annual audit report of the BuCor, the COA recommended criminal action against former officials of BuCor and its parent agency, the Department of Justice, who approved the penal land’s long-term use.