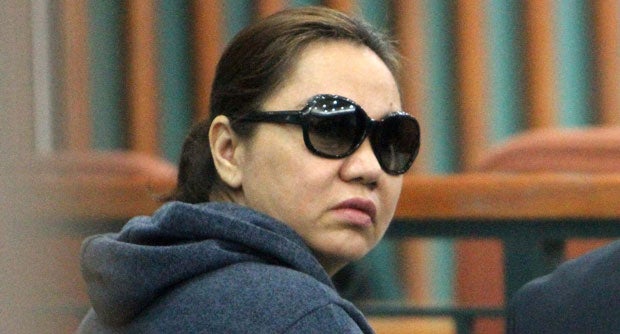 Alleged pork barrel scam mastermind Janet Lim-Napoles should submit a sworn affidavit supporting her claim that Sen. Franklin Drilon received from her P5 million in campaign donation during the 2010 elections, a Palace lawyer said on Tuesday.

“I cannot respond to gossip. Ms Napoles should execute a sworn statement — a statement under oath — so that she would be credible. Otherwise, that’s just gossip,” presidential chief legal counsel Salvador Panelo told reporters.

“Apart from the sworn statement, there should be proof that what she’s saying is true,” Panelo said.

Napoles made the allegation against Drilon in an interview with an anchor of government-owned PTV 4.

Drilon had denied the claim, calling it “fake news” meant to embarrass the opposition.

Malacañang had called on the Ombudsman and the Department of Justice (DOJ) to look into the latest statements of Napoles concerning the pork barrel scam, saying she should be allowed to disclose what she knew about the scandal.

“I would hope that the Ombudsman on its own would conduct its probe. And I think the DOJ also on its own should also conduct its own probe,” presidential spokesperson Harry Roque said in a press briefing.

Roque said the probe should not be limited to Drilon.

“Let her speak, and I’m sure that in addition to what she has to say, she would have physical evidence,” he said.

“Options are a bit limited. But certainly, I’m sure that DOJ will be true to its mandate and will proceed with case buildup by investigating this,” he said.

Roque said the administration could look into the possibility of a deal with a former budget undersecretary and pork barrel scam suspect, Mario Relampagos.

According to Roque, the Palace was not worried by Relampagos’ apparent bid to go into hiding after he jumped bail since the government could cancel his passport and seek his extradition.