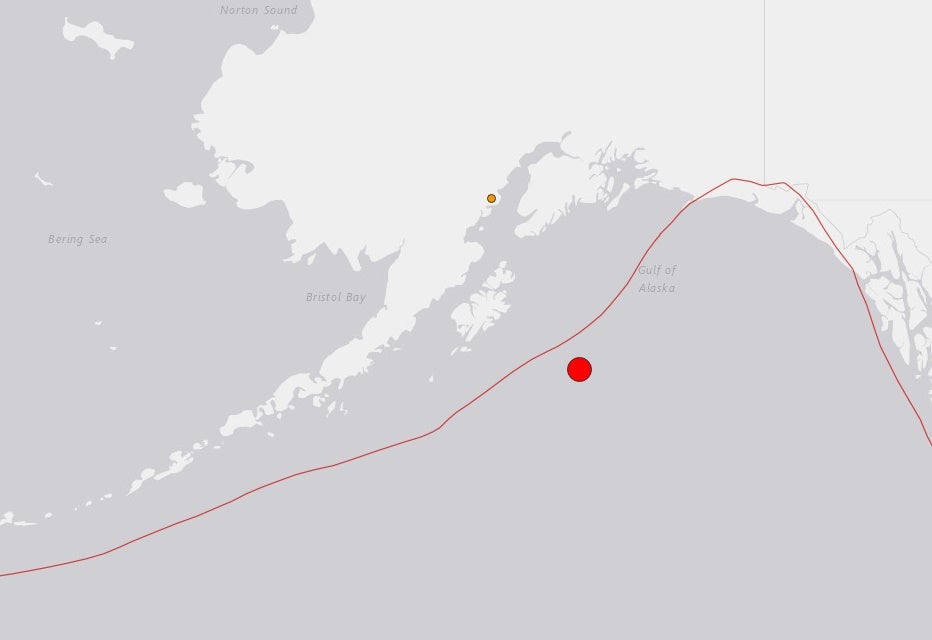 The quake struck at 0931 GMT in the Gulf of Alaska, 280 kilometers (175 miles) southeast of the town of Kodiak, the US Geological Survey said. The epicenter was 10 kilometers under the seabed.

Tsunami warnings were issued for Alaska and the west coast of Canada, the National Tsunami Warning Center said.

Less-ominous tsunami watches were issued for the US west coast — the entire coasts of California and Oregon and part of Washington state.

“If you are located in this coastal area, move inland to higher ground,” the Anchorage Office of Emergency Management said.

“Tsunami warnings mean that a tsunami with significant inundation is possible or is already occurring. Tsunamis are a series of waves dangerous many hours after initial arrival time. The first wave may not be the largest.”