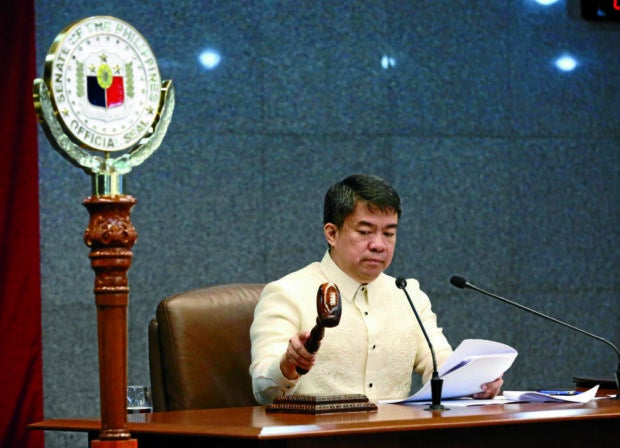 “Everything is in order” following the Senate plenary’s referral of the House of Representatives’ concurrent resolution on charter change (Cha-cha) to the Senate Committee on Constitutional Amendments and Revision of Codes.

Asked if the Senate would also make its own resolution on Cha-cha, he answered: “Possible outcome na ’yun in a form of a committee report.”

The House adopted Concurrent Resolution No. 9, which seeks to convene Congress into a Constituent assembly (Con-ass) to amend the Constitution.

The lower chamber is also pushing for a joint voting of the Congress, which the Senate is strongly opposing.

After agreeing on the mode of Cha-cha and consequently proposing amendments, a referendum by the Filipino people would be held to approve or reject these changes.

Pimentel said Sen. Francis “Kiko” Pangilinan, chairperson of the Senate Committee on Constitutional Amendments, told him that his panel would probably finish their report by February.

“Sabi naman ni Senator Pangilinan they would proceed in good faith, in full transparency and in a reasonable pace and I’m happy with that kind of commitment,” Pimentel said. /atm