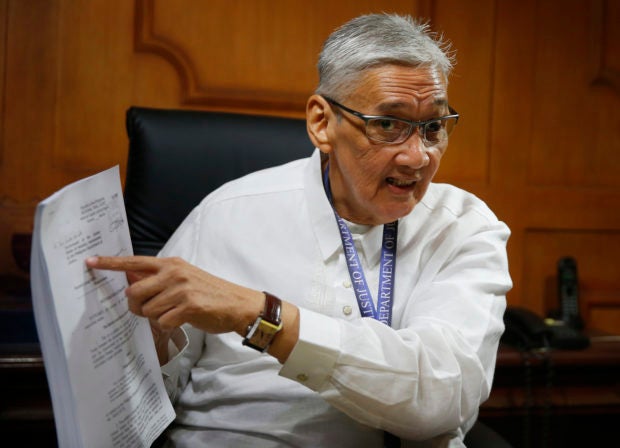 In a statement, Justice Secretary Vitaliano Aguirre II confirmed Paras’ death at about 5:30 a.m., but did not mention the cause of his passing.

“We mourn the sudden demise of CSC Ricardo “Dickie” Paras III this morning. We ask the pious members of the DOJ family to pray for the eternal repose of his soul,” Aguirre said.

Aguirre said Paras, who served the DOJ and the Filipino people “with distinction and integrity,” was a “valued ally in our pursuit of the reform-oriented objectives of President Rodrigo Duterte.”

Government prosecutors saw him as “well-mannered, soft-spoken but intellectually the sharpest in the DOJ toolbox.”

They said he was also key to the Philippines-Taiwan cooperation in the Balintang channel case.

Paras also handled cases such as the return of the $81 million that was stolen from the Bangladesh central bank, and the allegedly anomalous multimillion-peso deal between the Bureau of Corrections and Tagum Agricultural Development Corp. owned by Davao del Norte Rep. Antonio Floirendo. /cbb