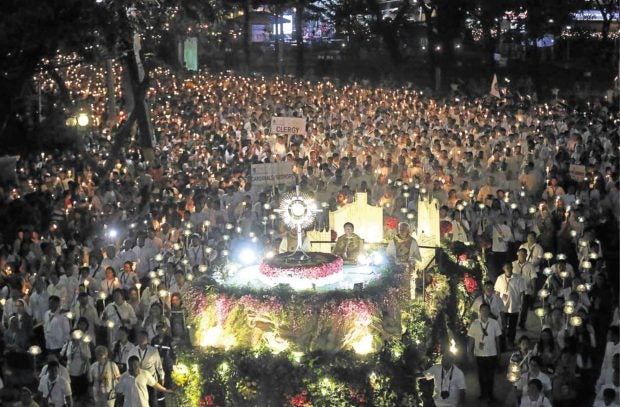 Emilio Aguinaldo took his oath of office as the first President of the Philippines at  Barasoain Church at Malolos in Bulacan province, after being elected by the Congress. The First Republic was also inaugurated on the same day, establishing the Philippines as the first democratic country in Asia. But the First Republic was short-lived. Aguinaldo fled Malolos after the Philippine-American War broke out in February 1899. He was eventually captured by American troops in Palanan, Isabela, in 1901.

Some 15,000 delegates from 71 countries attended the 51st International Eucharistic Congress (IEC) in Cebu City, Cebu province, that was held until Jan. 31, 2016. IEC, also dubbed the “Olympics for the soul,” is a spiritual festival centered on the Holy Mass of the Catholic Church. Pope Francis sent Papal Legate Charles Maung Cardinal Bo of Yangon, Burma (Myanmar), to represent him. But the Pope appeared in a video at the end of the closing Mass, where about a million people were estimated to be present. The event was first held in the Philippines in 1937, where some 1.5 million people from all over the world were invited and about 600,000 joined in a religious procession.