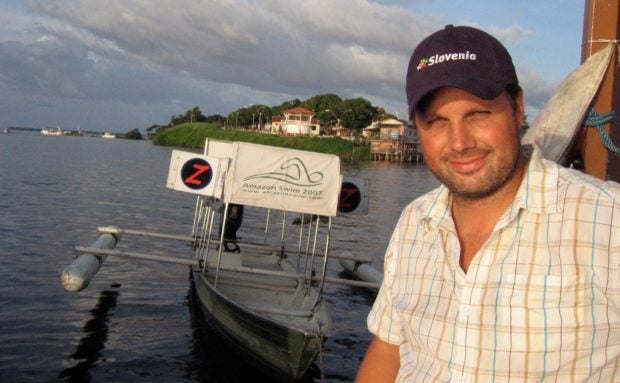 The family of an American documentary filmmaker is demanding answers from Philippine authorities over the “suspicious” death of their member while in custody of the National Bureau of Investigation (NBI) in Cebu City.

Boston native Jesse Phinney, 42, who was accused of pedophilia and human trafficking with local children in Cebu, was arrested by the NBI on December 4, 2017.

Less than 24 hours later, Phinney was found dead at the toilet of an NBI-7 detention facility.

The NBI claims that he committed suicide by hanging himself using a belt, according to media reports.

But Phinney’s family members believe that what happened to him was “a false arrest, failed extortion, a murder and a government cover-up.”

“Jesse was a big-hearted, gentle and generous man who found his purpose in helping people in Third World countries build sustainable homes using wind and solar,” his family said in a statement sent to INQUIRER.net. “The circumstances surrounding his death while in police custody must be investigated thoroughly and completely.”

Dominika Posseren, Jesse’s widow, suggested that what happened to her husband was a case of extrajudicial killing.

“I hundred percent believe that the Philippine police murdered an American humanitarian,” Posseren told WCVB-5 in an interview.

She added: “I will spend the rest my life making sure that the last thing that is known about him is not that he was some sort of a child trafficker [who] committed suicide because I will say this until my last breath: that is not true.”

In the same interview, Molly Phinney Baskette, Jesse’s sister, noted that the Philippine government offered P50,000 for any Philippine police who could kill a criminal.

Phinney’s career as a documentarian for National Geographic and History Channel took him to remote places around the world. He worked on hit adventure shows such as “Naked and Afraid,” “Life Below Zero” and on NBC’s “The Apprentice.”

His family is asking the Philippine government to provide answers to their questions and to grant them full access to documents and evidence.

“We have no idea what actually happened in the jail and are convinced that our beloved Jesse may have been the victim of extortion, just like hundreds of other cases in the country,” Baskette said in a statement.

INQUIRER.net reached out to NBI for comment but received no response as of publishing time.

Meanwhile, the US Embassy in Manila confirmed to INQUIRER.net the death of a “US citizen” in Cebu and offered their sincere condolences to the family.

When asked if the Embassy was coordinating the incident with Philippine authorities, Press Attache Molly Koscina declined to further comment “out of respect for the family during this difficult time.”

Phinney’s family claimed they did not receive any help from the American government. They called for more pressure to the Department of State to act on Jesse’s case./lb