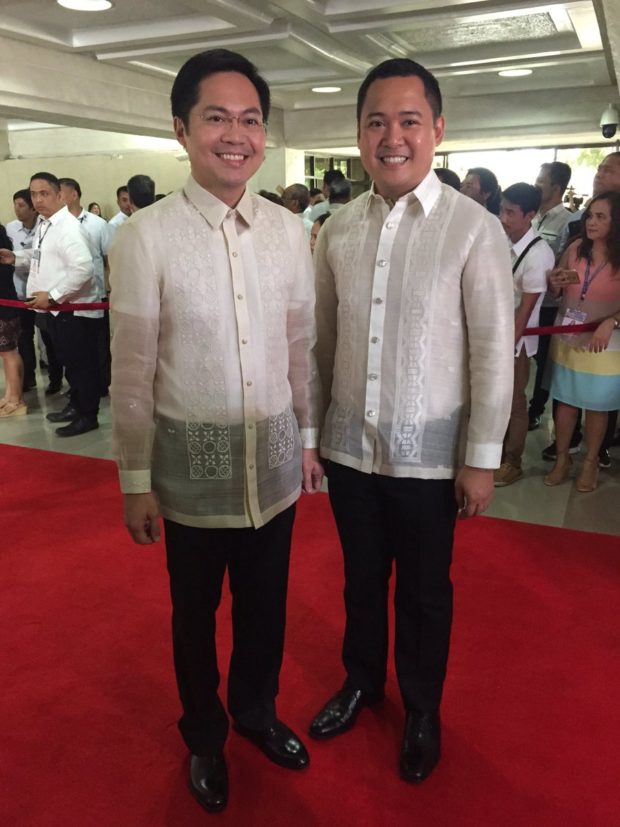 Two lawmakers defended on Friday Special Assistant to the President (SAP) Christopher “Bong” Go, who was alleged to have “interfered” in the P15.7-billion frigate acquisition project of the Armed Forces of the Philippines (AFP).

An Inquirer report recently bared that Malacañang “took special interest” in the Philippine Navy’s controversial selection of the weapons system supplier for the P15.7-billion frigate project that is part of the AFP Modernization program.

The Inquirer report indicated that Go “sent an unsigned two-page letter to Defense Chief Delfin Lorenzana where he assailed the Navy’s preference for Tacticos CMS and highlighted the advantages of choosing the Naval Shield Integrated Combat Management System (ICMS) of HTC of South Korea for the frigates.”

The Nograleses alleged that this matter was a “fishing expedition” and a “set up aimed at smearing Duterte’s good name through his close friend and aide, Go.”

“They’ve done everything to malign the Chief Executive but these obviously haven’t worked in their favor. So now they’re targeting his most trusted friend in Bong Go,” Karlo said.

“This issue was raised out of nowhere amid the surge in President Rodrigo Duterte’s ratings from independent pollsters. The timing and dubious nature of the accusation would make anyone with a discerning mind suspicious,” he added.

“The timeline of the (frigate acquisition project) is indisputable. It was initiated by the Aquino administration in June 7, 2013 and was completed through the appointment of the winning bidder on June 9, 2016, a full three weeks before President Duterte took over. Simply put, Bong Go was never in a position to intervene during that period even if he wanted to,” Jericho said.

“No Bong Go signature, no issue. This looks like a witch hunt just like all the other attempts to discredit our government,” he added.

Go had already denied having intervened in the procurement process for the project.

“I have not intervened in the procurement of DND of its computer system for its ships. I have not participated nor intervened, directly or indirectly, in the transactions of DND. Further, I even have no information nor knowledge of the said transaction,” Go said in an earlier statement.

The statement of the two legislators also came after senators from the minority bloc have moved to investigate the AFP modernization program, specifically the P15.7-billion frigate acquisition project.