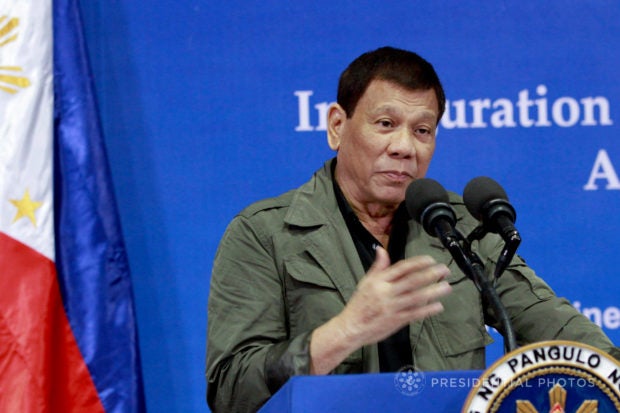 President Rodrigo Duterte is eyeing to impose a total ban on deploying overseas Filipino workers to Kuwait after the reported cases of sexual abuses among Filipino women.

“We have lost about four Filipino women in the last few months. It’s always in Kuwait. My advice is either we talk to them, tell them it’s not acceptable, or we impose total ban,” Duterte said in a speech during the launching of the Overseas Filipino Bank in Manila.

The President called on the government of Kuwait to “do something about this.”

“I do not want a quarrel with Kuwait. I respect their leaders but they have to do something about this because many of the women commit suicide. They claim abuse, sexual, and they endure,” he said.

Secretary Silvestre Bello III said Duterte was indeed studying the possible ban on the deployment of all types of Filipino workers in Kuwait but said he has yet to receive instructions from the President.