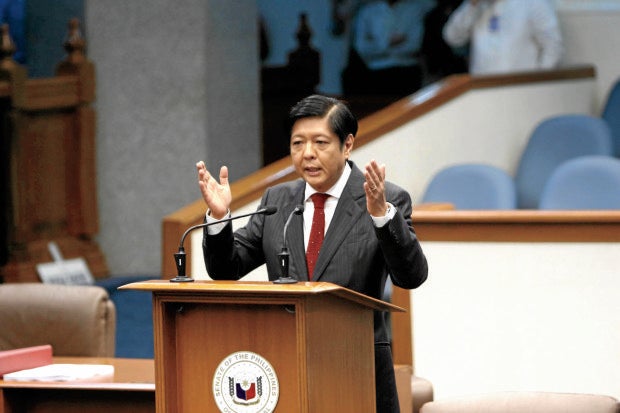 The Supreme Court (SC), sitting as the Presidential Electoral Tribunal (PET) denied the request of former senator Ferdinand “Bongbong” Marcos Jr. to secure original copies of documents related to his protest against the election of Vice President Leni Robredo.

In its resolution made public Thursday, the PET said Marcos can secure photocopies or soft copies of the decrypted ballot images, election returns and other reports for all the protested clustered precincts of pilot provinces Camarines Sur, Iloilo and Negros Oriental subject to the payment of incidental costs.

“However, the custody of the official, printed and authenticated copies of the decrypted ballot images, election returns and audit logs from the protested clustered precincts of the said pilot provinces should remain with the Tribunal for the conduct of the revision proceedings pursuant to 2010 PET rules,” the PET resolution stated.

Marcos, meanwhile, said that the PET resolution is a confirmation of the bias of justice in-charge Associate Justice Alfredo Benjamin Caguioa.

“Senator Marcos had already made public last week the obvious bias of Justice Caguioa in his case and he said he would not be surprised if this kind of resolution would come out and he was correct. This is another clear confirmation that he is indeed biased against Senator Marcos and in favor of Mrs. (Leni) Robredo,” Marcos’ spokesperson Atty. Victor Rodriguez said.

Rodriguez explained that while the PET is a collegial body composed of 15 justices of the SC, it is Caguioa, as the ponente in charge of the case, who decides and issues the minute resolutions regarding his protest.

He also lamented that PET granted Robredo copies of the election-related documents without her shouldering part of the decryption cost.

(So we paid for everything – toner, paper, salary – but they didn’t want to give it to us and made us pay again if we want copies. Robredo who opposed it was given copies a long time again and for free.) /je