Poe: Federalism not a cure all 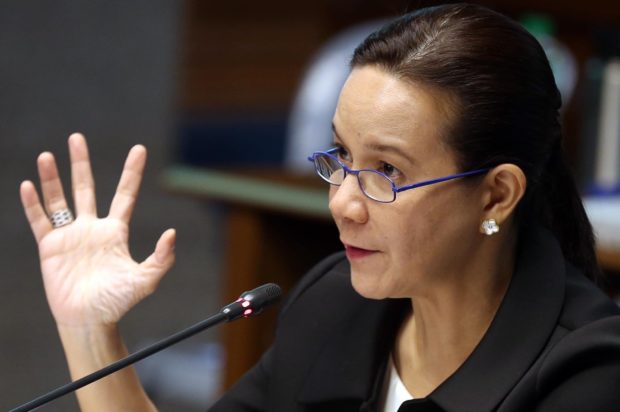 Federalism is not a “magic pill” to address all the country’s problems, Senator Grace Poe said on Thursday.

Before lawmakers decide on how to amend the 1987 Constitution, Poe said “we need to determine what it is we want to achieve.”

“Federalism is not a ‘magic pill’ to address all of our country’s problems. If we wanted to strengthen local autonomy, some issues are better addressed through amending the Local Government Code,” the senator said.

“We need stronger institutions not strongmen. We should enact the Freedom of Information and Anti-Dynasty bills in order to ensure meaningful participation of people in government, with or without Federalism,” she added.

In the past weeks, stalwarts of the ruling party Partido Demokratiko Pilipino-Lakas ng Bayan (PDP-Laban) announced that they would urge Congress to convene as a constituent assembly (con-ass) to push for Charter change (Cha-cha), which could possibly pave the way for a shift to a federal form of government.

Poe further said a “review of the economic provisions of the Constitution is needed” to “encourage more investments to achieve economic growth.”

“But this can also be done in the meantime by amending the Public Services Act,” she said.

Poe, who co-authored Senator Panfilo Lacson’s resolution that the Senate should vote separately if Congress will convene as a Con-ass, said voting separately would “not only ensure that the Senate is not swamped by the 200+ members of the House of Representatives, but also to ensure that proposed amendments are debated on and vetted rationally.” /cbb