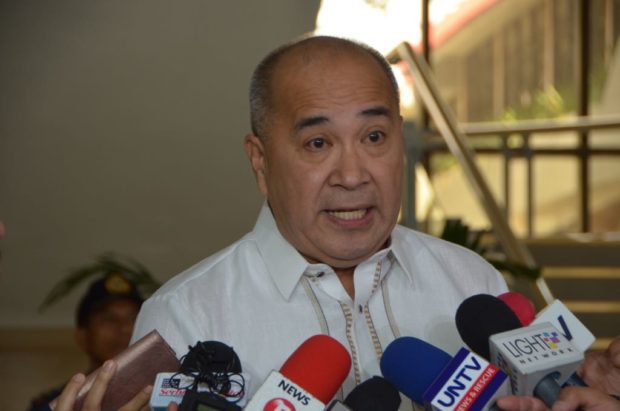 Chief Justice Maria Lourdes Sereno merely responded to the inquisition of the Supreme Court’s procurement committee that she preferred a Land Cruiser for a security vehicle and did not instruct the panel to buy it for her.

This was the explanation of Sereno’s camp after congressmen hinted that the top magistrate might have violated the procurement law when a Supreme Court (SC) official claimed that the acquisition of the P5.2-million security vehicle of the Chief Justice was “predetermined” during Wednesday’s House justice committee hearing.

The House justice committee has been conducting hearings to determine the probable cause in the impeachment complaint against Sereno.

Lacanilao asserted that Sereno’s use of the Land Cruiser was not an impeachable offense as she did not manipulate the bidding for the vehicle.

Lacanilao also pointed out that since her appointment in 2010, Sereno has not requested for a security vehicle until 2016, a fact that was also confirmed by Ma. Carina Cunanan, procurement head and assistant chief of the SC’s administrative services.

Lacanilao added that it has been a practice in the SC for the procurement committee to ask justices about their preferred vehicles.

“But it doesn’t mean that the BAC is bound to buy that. Wala na pong kargo doon ang CJ,” Lacanilao noted.

As the camp of the Chief Justice would often reiterate, Lacanilao said Sereno, as the country’s top magistrate, is included in the exception for public officials who could purchase a vehicle beyond the P3 million-limit, along with the President, Vice President, Senate President and House Speaker.