Duterte: Elite owners are using media to protect their own interests 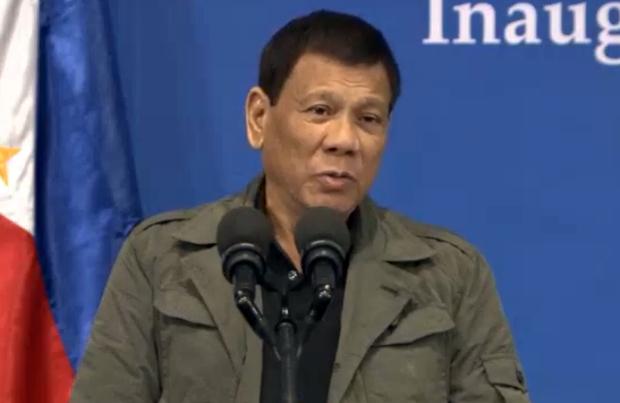 President Rodrigo Duterte stepped up attacks against select media agencies on Tuesday, contending that those critical of his administration were being used by their “elite” owners to protect their own interests.

While claiming that online news site Rappler produced “fake news,” Duterte insisted that the recent government order to revoke the its license to operate was not about curtailing the freedom of the press.

“It’s not a question of press freedom,” Duterte told reporters. “It’s a question of abuse and protection by the elite of this country who hold the power. It’s about time you, the rich. Son of a bitch, stop your abuses. You are using the media.”

He complained about a news article about Christopher Go, his special assistant, on his alleged intervention in a military contract.

He then insisted that Rappler had violated the constitutional restrictions on foreign ownership.

“Since you are a fake news outlet, I am not surprised that your articles are also fake,” said the President, whose supporters have been criticized for spreading false information.

He listed supposed abuses of the media owners, including having their major loans condoned and benefiting from government property.

He said the rich would not be able to get one over him and threatened to file a plunder case against one of the media owners.

“Your reporters will be allowed to criticize us. But you go to jail for your crime,” he said.

But the President also said he considered the Philippine media, or at least most of them, his ally.

“Lahat ng hindi ko binaggit, lahat akin yan, in the sense that they just tell the truth,” he said.

[All those who I did not mention, they are mine, in the sense that they tell the truth.]

Duterte also asked why there was all the fuss over his tirades against the media.

“Look, why should you complain if I am critical against media? Are you not critical of me? If you criticize, it’s okay, but not if we do it,” he said.

He also said he was used to critical reporting, but he later called on media to do their work “with moderation.”

“Do no use words that tend to cast aspersion on the character because they have children and friends,” he said. “And just because we are in government, they think – these media – they think we are already hungry for money.”

Duterte also insisted that he had no hand in the decision of the Securities and Exchange Commission (SEC) to revoke the registration of Rappler.

“Remember that the composition of SEC ngayon is all Aquino appointees. There are about five, I only appointed one. So how could it be political?” he said in a speech.

He was referring to his predecessor, President Benigno Aquino III, who appointed four – not five, as said – SEC commissioners, including its chair, Teresita Herbosa.

“I don’t care about that,” Duterte added. “I mean, you have been throwing trash and shit all along but I let it be. I did not intervene. But then, maybe somebody found something against you. That’s the problem.”

Before Rappler can criticize, it must be clean as all.

“He who comes to equity must come with clean hands,” he said. “If you are trying to, you know, throw garbage at us, then the least that we can do is to explain. How about you? Are you also clean?” he said. /atm